In September 2016 Microsoft has released Windows 10 Insider Preview Build 14931 in Fast ring to Insiders (see this Microsoft blog post). In addendum to this blog post, Microsoft announced that Build 14931 has been released to Slow ring for Windows Insiders. This build fixes the following two issues:

This build is the first Redstone 2 preview that makes its way to slow ring. Microsoft also has made the following ISO image files available for download:

Windows Insiders can download the new ISO files from this Microsoft site. Also ISO files for Build 14393 are available for download. (via, via) 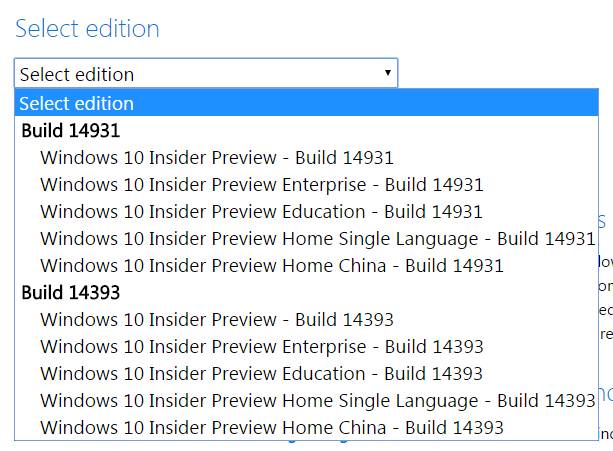