Only with the 'right' Insider settings …

I've read a couple of hours ago the announcement from @WzorNet on Twitter and the neowin.net article. When I wanted to download the update on a test machine via Windows Update this morning, there was an unpleasant surprise. My Windows 10 V1709 installation (still in Fast Ring) begun to download Build 17017 of Redstone 4 branch via Windows Update.

I haven't noticed, that Microsoft begun to push the next release of RS4 Insider Preview Builds to Fast Ring, although Windows 10 V1709 isn't available for the broad masses (they ignored skip ahead). Then I tried to leave the Insider Channel, but was asked which option I like to choose (delay updates, just receive early updates and after scrolling, I finally found an option to leave Insider channel). Then I rebooted the machine, to stop download of Build 17017 (RS4).

But then, on this test machine the update was not offered anymore.  I switched then my test machine to the Slow Ring, so that the cumulative update KB4043961 was finally offered. It is supposed to be enough to switch to the Release Preview Ring (Option 'Just send me early updates', rawly translated from my German Win10) to get the update (see here). Kind of a stubbornness that Microsoft puts you through.

At least, cumulative update KB4043961 has been offered on my test machine via Windows Update. 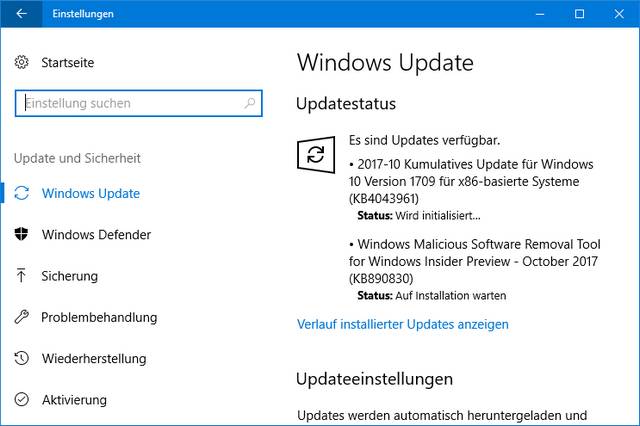 It's a maintenance update, that fixes last minute bugs, before Windows 10 Fall Creators Update will be released on October 17, 2017 to the masses. The change log has been added by Dona Sarkar to this blog post in Windows Blog. 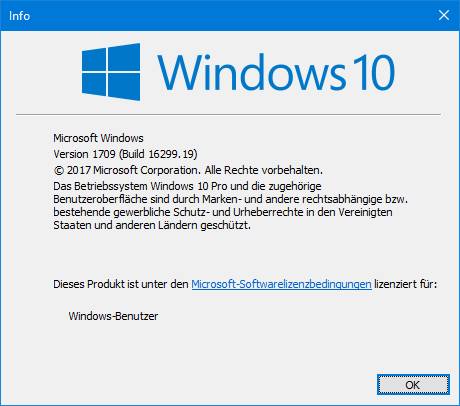 At Twitter there is a discussion, where some user received install error 0x80070002. There is an MS Answers discussion thread about Insider Preview Build 17017 (RS4), also addressing errors 0xc1900401, 0x80240034 and 0x80070002. The error mentioned above is also addressed. Here, this update has been installed successfully on two test machines.

This entry was posted in Update, Windows and tagged Windows 10 Version 1709; Update KB4043961. Bookmark the permalink.