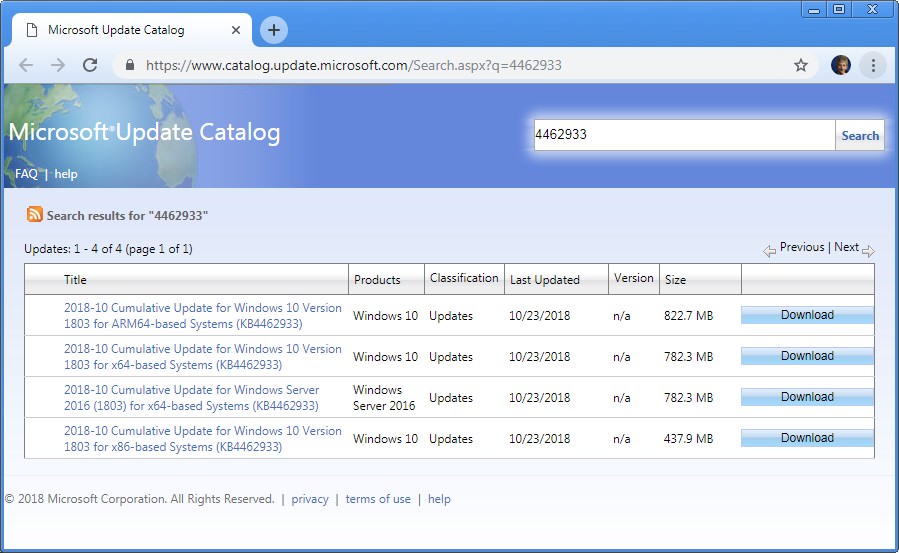 The Microsoft Update Catalog even includes a release date of October 23, 2018.

According to the KB article, the installation of the update must be triggered via the Windows Update Search. Before this update is installed, the latest Servicing Stack Update (SSU) need to be installed (this shall be done automatically by Windows Update). The update is distributed via Windows Update, but can be downloaded from the Microsoft Update Catalog. Issues are currently not known.