[German]Microsoft is cutting its app eco systems. Windows 8.1 users won't be able to use MSN apps after June 3, 2019. And it seems, that Microsoft Store won't support Windows 10 Mobile apps in future anymore.

Microsoft had a roadmap for its mobile device customers on how long app developers can still submit apps for Windows Phone 8.x. Here is the originally planned timetable from a MS article:

A German user noticed the notification shown in the above tweet, after he launched apps like MSN news or weather in Windows 8.1. The notification says that the app won't work after June 3, 2019 anymore. 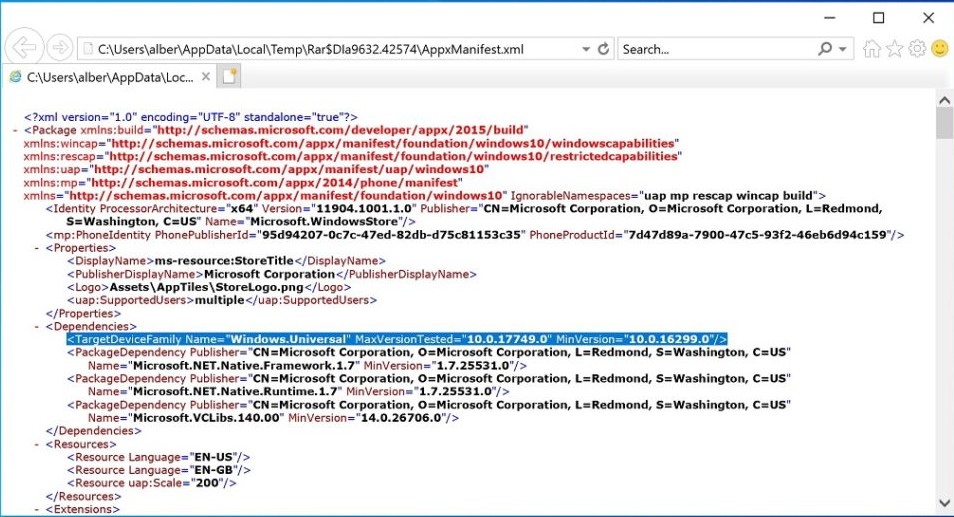 The app manifest (see screenshot) indicates, that the new store app no longer supports Windows 10 Mobile apps. Well, Windows 10 Mobile has been dead for quite some time anyway. In other words: If you still use a Windows 10 Mobile device, you won't get any updates anyway, so you can continue to work with the old version of the Microsoft Store app. But the mobile apps will disappear under Windows 10 (desktop).

This entry was posted in Windows and tagged App, Windows 10, Windows 8.1. Bookmark the permalink.