[German]Microsoft is currently distributing the KB4497093 update for Windows 10 May 2019 Update (V1903) to Windows Insider. This time, Microsoft is testing a new 'distribution method', and there have been issues in Slow Ring.

Windows 10 May 2019 update (V1903) has not yet been released for general availability, but has been distributed to Windows Insiders since April 2019. Microsoft still tests with Insiders, and ships cumulative updates to fix issues. The history of updates is available in this Microsoft blog post.

The update fixes among other things the issue that it was not possible to update from build 18362.53 (19H1 development branch) to the Insider Preview in the 20H1 development branch. I had mentioned that within my blog post Windows 10 19H1: Update KB4497093 released.

Within this blog post Microsoft announced that update KB4497093 was released on April 26 for Windows Insiders who are still using build 18362.53 in the 19H1 development branch. The update raises the operating system version to build 18362.86 and has already been distributed in the Fast Ring for insiders. Microsoft also writes there that the update KB4497093 will soon be extended to the rings Slow and Release Preview. This should be the case since May 1 or 2, 2019.

German blogger Martin Geuß noticed, that this update is only available in the Release Preview Ring. But the update wasn't available for Windows Insiders in the Slow Ring.

@windowsinsider @CrazyCatsGot2
Feedback Hub: https://t.co/oMb0vPj8An
Includes Feedback Hub Capture with screenshots, showing that only Release Preview gets KB4497093. Slow Ring does not detect this KB yet.

Also the above Tweet addresses this issue and even refers to an entry in the feedback hub for insiders. According to Martin, even the Windows Insider team originally assumed it's an error and investigated the case why the update was not offered in the Slow Ring. Here is Brandon LeBlanc's tweet.

But somehow Microsoft's Developers has fixed this issues, as you can read within the following tweet.

Thanks. Now KB4497093 is arriving via Slow Ring Windows Update.

The colleagues at German site deskmodder.de write in this article that the cumulative update KB4497093 and the SSU KB4498524 have now been officially released with a new changelog and as installable *.msu.

Note: Updates for Windows 10 version 1903 (64-bit) can now be downloaded from Microsoft servers via Adguard. 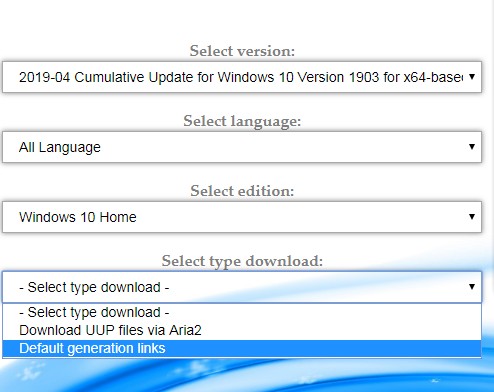 Let's solve the mystery, what "a ne distribution method' means. Within set Windows Update settings page, cumulative update KB4497093 is is offered separately in the 'Other updates available' section (see screenshot of Martin). It can be downloaded and installed on the machine via a link Download and installed now. 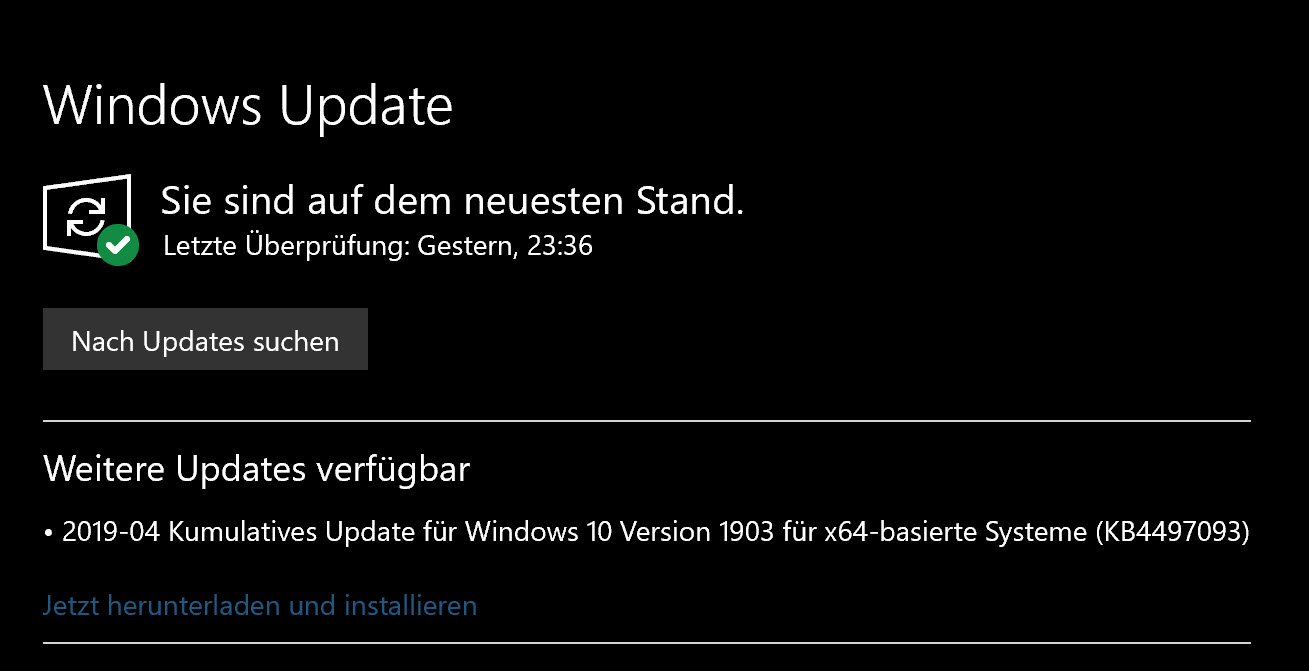 First I didn't understand the beef, why the update has been offered on this way. But then I became aware, that Microsoft tests a new distribution mechanism. This distribution mechanism has been planned for feature updates for Windows 10 V1903 and above. That's because as of the Windows 10 May 2019 update, users will have more control over installing feature updates. I had blogged about this change within the blog post Windows 10 May 2019 Update brings back Update control – see also the screenshot below.

Users are automatically notified when a feature update is available for the machine and is considered recommended by Microsoft. The user can then click the Download and install now link in the Windows Update Settings to initiate the feature update installation process. This allow users to delay feature updates till the end of support date of the current Windows 10 build is reached. Exactly this probably happened with the cumulative update KB4497093.