Google has published/refreshed the support periods for its Nexus and Pixel devices. These periods marks the end of Android support. 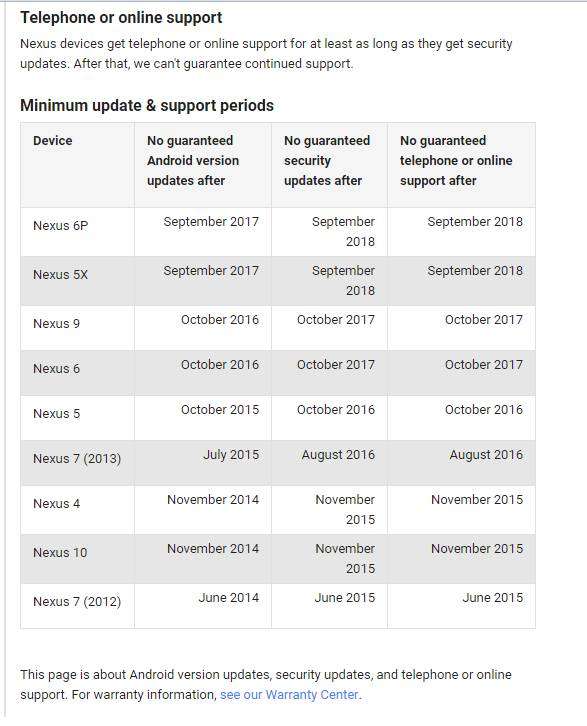 Older devices up to Nexus 5 are out of support, and support for Nexus 6 and Nexus 9 ends Oktober 2017. The Nexus 5X and Nexus 6P devices will be supported until September 2018. And below are the support periods for the current Pixel handsets.