The developers have published the new features of version 71 of the Chrome browser in the developer blog . This version will be rolled out in the coming days for Windows, macOS and Linux via auto update.

If Google detects that a website is showing abusive advertising behavior, it will be notified in the Abusive Experiences Report of the Google Search Console (a sample is shown here). This report contains regular reviews of a site’s advertising and notifies the site owner when something is discovered.

Chrome now displays a clear warning when visiting websites that are known to perform misleading or fraudulent billing. Fraudulent billing sites try to get users to enter their mobile information to access content such as a game. Then the user is charged a mobile subscription without his knowledge. 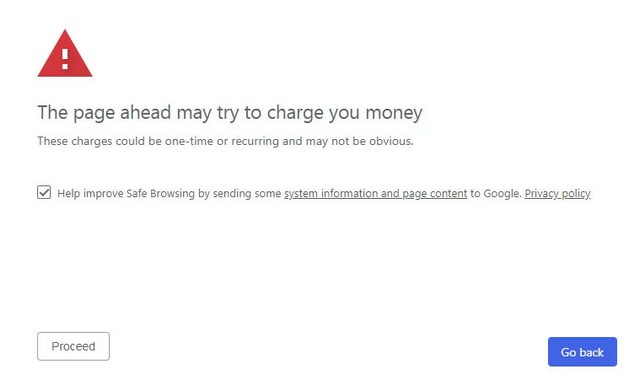 With this release, the Web Audio API now follows the same autoplay guidelines that the rest of Chrome uses for sound generation.  This means that if a website has blocked audio, even an application that uses the Web Audio API will be blocked.

The speech synthesis API allows developers to convert text to synthesized audio speech. This is also misused for technical fraud. Since this is also one of the last ways a website can automatically play audio without user interaction, Google has disabled the ability to play audio automatically through the API. For a developer to be able to use the API, he only may start it by user interaction, otherwise the API will be blocked and a warning will appear in the Chrome developer tools console.

In addition to new features, this version also fixes 43 vulnerabilities in Chrome (see this page). The download is possible from this Google page – neowin.net has published direct download links here. Bleeping Computer has also an article with further details here.

This entry was posted in browser, Software, Update and tagged Google Chrome 71. Bookmark the permalink.