Subway trains in Hamburg had a Year 2020 problem

[German]The year 2020 has got off to a bad start for the public transport system of German city Hamburg. Their subway trains of the DT5 series were affected by a software error. The train drivers could no longer turn the vehicles around at the terminal station because the software crashed.

According to this report of the German TV sender NDR, the subway trains of the DT5 series of the manufacturer Alstom-Bombardier have been in use since 2012. However, at the start of the year 2020 there was suddenly a problem: The drivers of the railcars could suddenly no longer start their computers because the software did not know the year 2020. 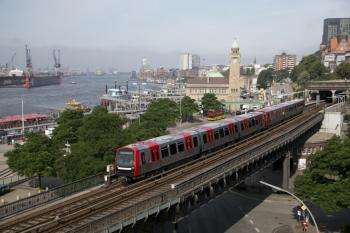 When entering the terminal station, trains had to turn around if they wanted to continue the journey, but this was no longer possible due to the software problem. In the meantime, the Hamburger Bahn is relying on replacement trains. Some media reported, that 95 trains are affected. The carrier used other train models for public transport services.
(DT5 at the harbor, Source: Hochbahn Hamburg)

Also a ticket vending machine was already printing tickets for 2040 at the beginning of the year. The exact root cause for the train software issues is unknown, but there was a software update after Christmas. The manufacturer Alstom-Bombardier is reported rolling out a software update for the affected DT-5 series railcars. According to reports, 25 vehicles have already been back in service since January 2, 2020.

This entry was posted in Software and tagged Software. Bookmark the permalink.