GIF inventor Stephen Wilhite dies at the age of 74

Already on 14 March 2022, the US computer scientist Stephen Wilhite passed away at the age of 74. Stephen Wilhite is considered the "inventor" of the GIF graphic file format, which he developed with his team in 1987.

The following tweet notes the death of Wilhite, who incidentally died as a result of a COVID-19 infection, according to media reports. Associated Press has published this article on his work. 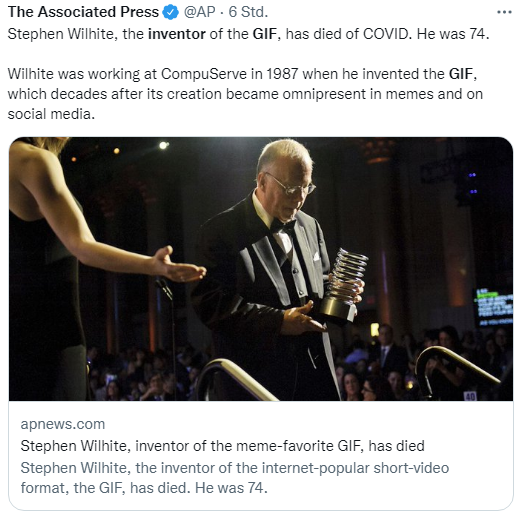 At the time, Wilhite worked at the online service CompuServe and they were looking for a file format for the most efficient representation of graphic formats. So in 1987 Wilhite's team developed GIF (Graphic Interchange Format), which compresses graphics with up to 256 colours using the Lempel-Ziv-Welch  algorithm. Adoption by the first web browser (Mosaic) in 1991 helped make GIF the most popular image file format a few years later. 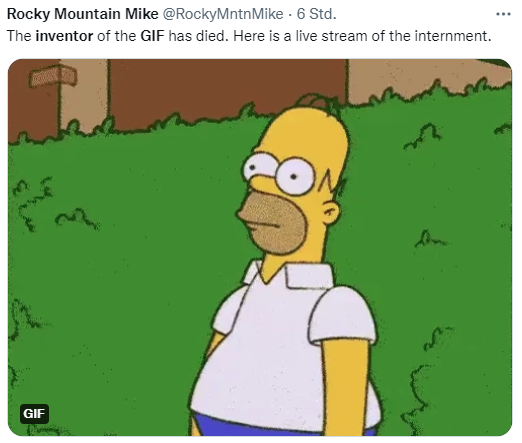 A special feature here are animated GIF graphics – where individual images are saved in a GIF file and then played by the browser one after the other. If you click on the tweet, such an animated GIF image is played on Twitter. Even today, this format is still used to design websites, etc.

By the way, the GIF file format has a special meaning for me. Not only because I took my first online steps with CompuServe in 1993 and also hosted my first website with this online service (must have been somewhere around 1996/1987). I didn't experience the invention of the GIF graphic format in 1987. But I remember the Mosaic browser 1.0 – although around 1996 I was rather using the Netscape Naviagator. But around 1990/1991 my German "Reference Manual on File Formats" was published by Addison Wesley. This title, which was later published worldwide – also in English (The Fileformats Handbook) and Russian – and became a standard work, also described the GIF file format. I also remember that I wrote a GIF viewer at that time. Long time ago … R.I.P. Stephen Wilhite.

This entry was posted in General and tagged Gerneral. Bookmark the permalink.