Microsoft Office is a must have …

[German]I often get told from my blog reader, that Microsoft's Office is a must have – and Office 365 subscriptions are the coolest thing since invention of "sliced bread". I just found an nugget, how innovative thas MS Office is, just to warm up – we still have "Follina" after all, which should keep admins busy.

The whole drama of what Microsoft has been serving its Office users for 22 years can be summed up in a tweet or screenshot from Kevin Beaumont. 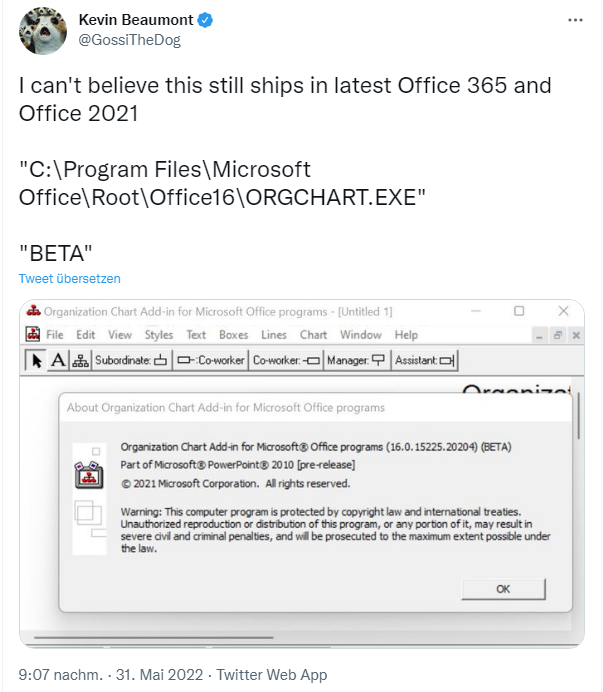 Also in the innovative, brand new, semi-professional – oops, wrong, is called semi-annual channel – or monthly channel – the Organization Chart Add-in for Microsoft Office programs ORGCHART.EXE is actually included. Available as beta as part of Microsoft PowerPoint 2010 pre-release – but now with copyright of Microsoft Corporation from 2021. It was my Wow! moment for today.