There are a lot of important fixes, so it's recommended, to install this update as soon as possible. 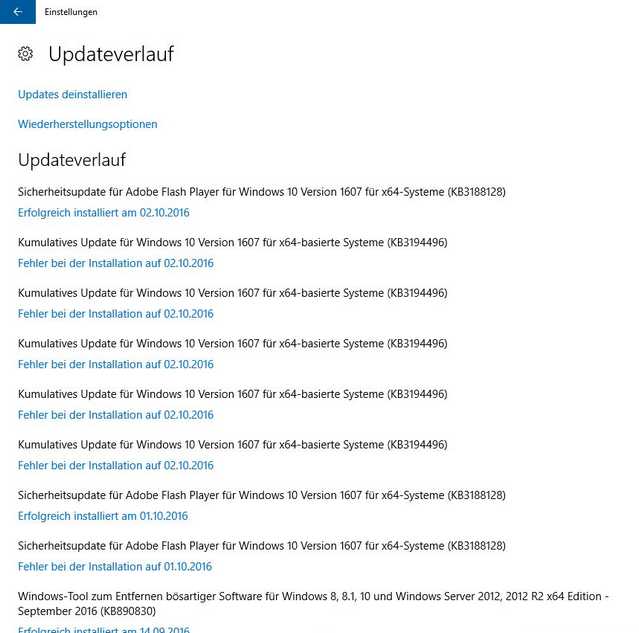 This blog post and this post contains some information about that issue. On one of my test machines, I have this install issue also. Eventlog reports update error 0x800F0922, but the machine is a clean install with Windows Defender as AV solution and no VPN software.

This MS Answers-thread deals with this install issues. Similar information may be found at Twitter (via Mary Foley at ZDnet). If the update doesn't install and the manual installation doesn't helps, there is not to much you can do. If you try a system restore, you will end also in the next automatic update loop …

The bad thing: as I mentioned above, cumulative update KB3194496 has been released a few days before for Windows 10 Insider Preview testers. And those testers has been reporting installation issues. But Microsoft decided to release cumulative update KB3194496 for all Windows 10 Version 1607 users. So many users are asking how sense full Windows Insider Preview program is.

Ok, back to the topic. Within this  MS-Answers forum post a Microsoft employee confirms the installation issues.

Teams have dug into this issue and do believe the cause has been identified.
Looks like this will only be hitting a subset of Insiders.  The correct team is
developing a fix/workaround and once we have the full details, we'll be posting that information. For your affected machines, there's no need to keep attempting the install. It'll keep failing.
In the mean time, hold tight!  We're all over this and will keep sharing information along the way.

Till now I see two possible fixes to overcome this issue. The first attempt, affected users can try: Deactivate the antivirus software (AV) on the system. This is also the case for systems using Windows Defender only (as a comment in my German blog post indicates). Also a manual installation can help. For this solution, try to download update KB3194496 as a .cab file:

and install it, using the following steps:

2. Enter the following command to install the update from .cab file.

The expression [path\.cab-file-name] stands for the path to the storage location and the name of the .cab file (see here or here).

If that doesn't help, try to download the wushowhide.diagcab-tool from here and block the faulty update.

Note: Some users are claiming faulty USB drivers as a show stopper, preventing successful installing the update. There is also a long comment thread here.

Inspecting several .log files, another root cause for the update rollback has been identified (a task could not be deleted due to access rights). The workaround has been mentioned here, and it seems to help at some systems. 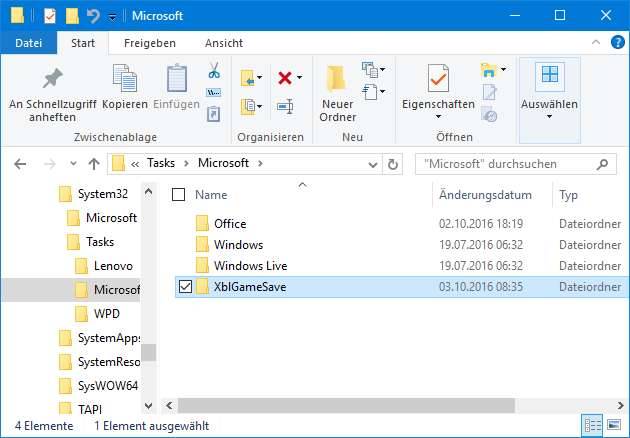 1. Navigat in explorer to folder: C:\Windows\System32\Tasks\Microsoft\XblGameSave and delete or rename the XblGameSave subfolder (requires admin rights). 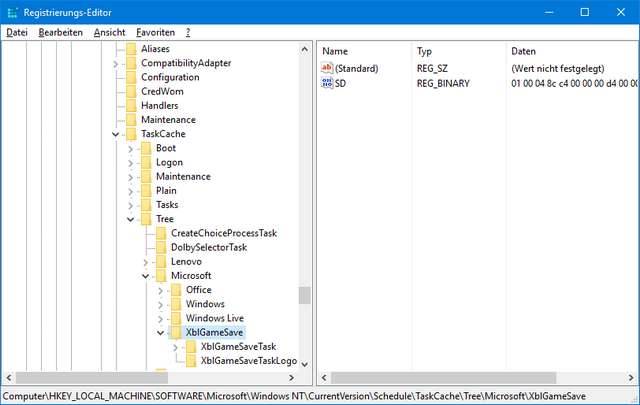 Afterward, try to reinstall Update KB3194496 again. With a bit luck, the install process won't roll back. On my system this trick did the job.

1. Double click wushowhide.diagcab and use Next to process the wizard.

2. Select the option Hide updates and wait till the wizard lists the pending updates.## 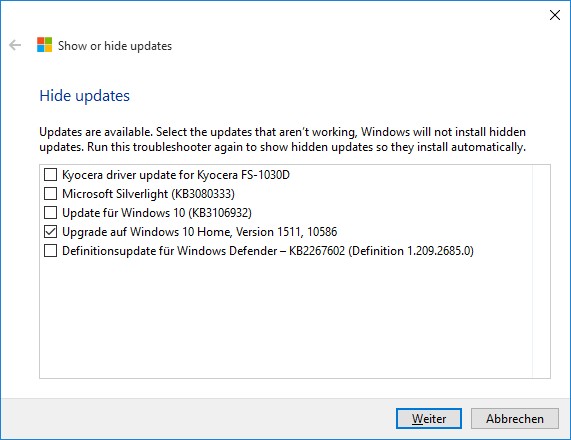 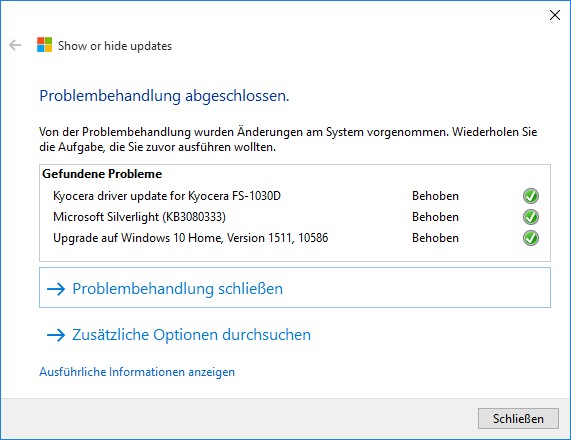 If the dialog box shown above occurs, click Close. Update KB3194496 should be hidden from further install attempts.