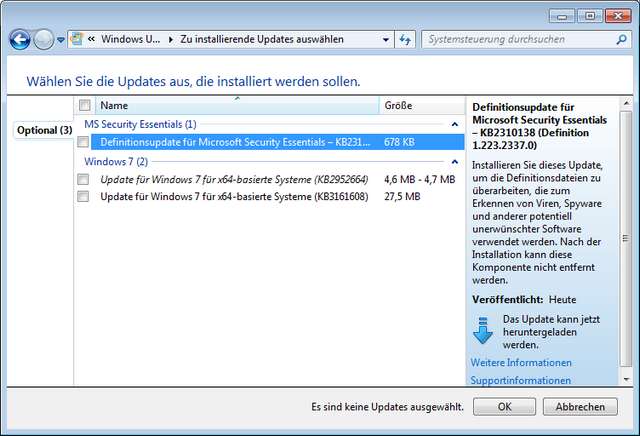 This update enables (according to Microsoft’s description) support for additional upgrade scenarios from Windows 7 SP1 or Windows 8.1 to Windows 10, and provides a smoother experience when you have to retry an operating system upgrade because of certain failure conditions. This update also improves the ability of Microsoft to monitor the quality of the upgrade experience. In other words: Both updates may be hidden, if you don’t plan to upgrade to Windows 10.

BTW: Don’t bee fooled with the description given in “Windows Update Client for Windows 7 and Windows Server 2008 R2: December 2015”.

I’ve re-read the article 3 times, but my opinion is: update KB3112343 is issued for Windows 7 SP1 und Windows Server 2008 R2 (as you can see in the update file list). My guesses: They are smoking strong weed up there in Redmond – or the apprentice was forced to do the copy & paste exercised this day.