I've been noticed about this update by some a user comment within my German blog. And at my Googl+ accout Hanspeter wrote "The Windows 7 & Server 2008 R2 Patch disappeared and reappeared every few minutes today". So I decided to check Windows Update and sort a few things out. 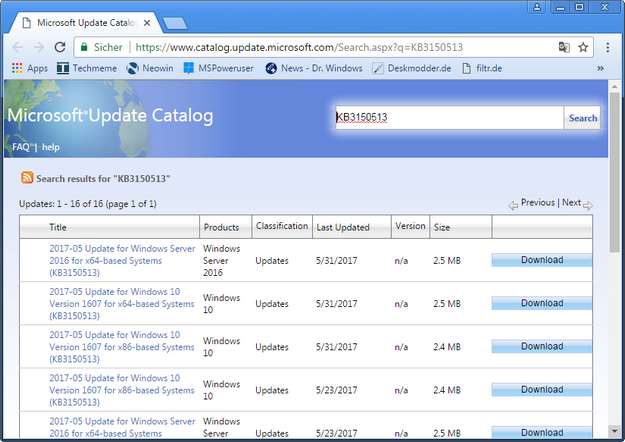 Update KB3172605 has been offered on my Windows 7 SP1 machine as optional and is also listed in Microsoft's Update-History.

Both improvement are fixes to improve the outdated SHA-1 support (I've addressed this issue within my German blog post Abschied von SHA-1 in 2016 heißt reagieren …). SHA-1 support is fading out in 2016.

Should I install the update rollup?

The interesting question is whether to install this optional update rollup or not. My recommendation: It depends. If you've concerns about "new telemetry features" implemented in Windows 7 SP1 or fear an upgrade to "Windows 10",  there may be no warnings so far. Nothing related has been found within this update rollup so far.

If you depend on Bluetooth, it's strongly recommended to hide this update rollup and wait for a revision. The version released on July 21, 2016 causes a serious issue. According to Microsoft KB article:

The problem occurs with Intel Bluetooth chips, but the devil is buried in the details. The problem comes with KB3161608 (see June 2016 update rollup (KB3161608) for Windows 7 SP1, and Windows Server 2008 R2 SP1). Update KB3133977 (Bitlocker update from June 2016) included in KB3161608 has been responsible for this issue. Also blog reader Rolf confirms within my German blog the bluetooth issue in a comment. There is a broad discussion at Intel communities here, here and here.