He received Update KB4039396, but there is no KB article about this update. That’s not new, Microsoft says ‘trust us …’ 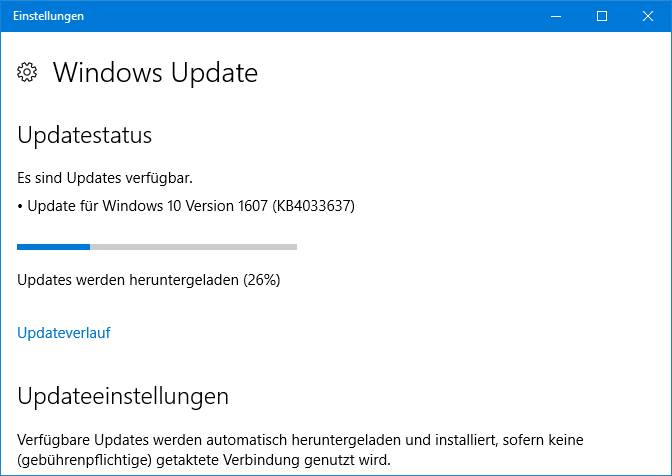 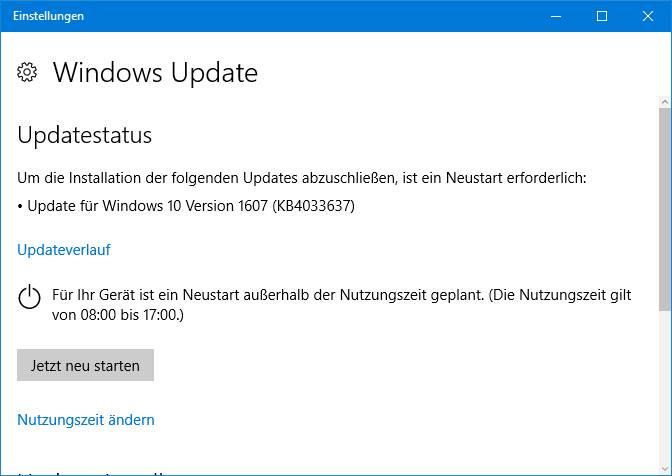 After a restart, the VM was a bit slow (but that’s maybe, what I awaited, after reading the comments mentioned above – a kind of placebo).

One user posted a screenshot within a forum, indicating an install date 01.01.1601 for this update. I guess, something is broken on his system. My test machine shows an install date 29.8.2017 in Installed updates history. This update isn’t a Servicing Stack update, because KB4033637 can be uninstalled.

After login the machine suddenly showed me the following message (maybe it’s coincidence):

My guess: Update KB4033637 contains code to show users of Windows 10 Anniversary Update (V1607) the dialog above to check the privacy settings, making the system ready to upgrade to Creators Update. I’ve covered that within my German blog post Windows 10: Datenschutz-Infosplitter … in July 2017.

It’s also possible to visit this page and download the package from July 2017 for an analysis.

The folder Downloads contains some empty sub-folders with x86_microsoft-windows-compat-appraiser or windows-a..rience-program-data with it’s names. And I found sub-folders with XML files (BlockingMap.xml) containing IDs from apps or devices not compatible, I guess.

BTW: Just a case of obscurity has been documented at askwoody.com. User nt1996 published some explanation from Microsoft’s premier support. He wrote:

“The update contains bug fixes to the update system to help enable machines to get current, either to a current LCU or upgrade to Creators Update (1703). It doesn’t force it, or change the experience/behavior, it enables more machines to successfully go through the process. It is an Update Stack Package with DTE and Appraiser for RS1.

Does anyone know what “an Update Stack Package with DTE and Appraiser for RS1” means (I am assuming RS1 is Redstone 1 aka Win10 Anniversary Update aka Win10 build 1607.

Funny thing (and I am still waiting an answer from MS on this): my machines got this KB4033637 but our WSUS did not sync it down from Microsoft!  So I don’t know if there is a group policy setting that is somehow allowing my machines (and by extension the machines in our enterprise) to get patches directly from Microsoft.  That would not be cool.

It’s unbelievable! There are some additional explanations from Mr Brian (thanks for your tips), revealing, what’s changed with Update KB4033637. I would say, we are now reaching the days, where foreign blogs and websites contains earlier far more detailled (and accurate) information about patches, than Microsoft publishes. And this company says ‘Trust us, we know which updates are good for you’.