[German]People using Pirifom CCleaner should keep their eyes. CCleaner V5.37 (and beyond) will be shipped with AVAST virus scanner (or other) as PUP (Potentially unwanted Program).

The program CCleaner from Piriform is quite popular to clean up Windows. But Pirifom was purchased by AVAST, an antivirus vendor, last summer. I don't (like and) use the tool, and I'm warning you to be cautious, especially since the September 2017 incident where the software was shipped with malware (see my blog post Autsch: CCleaner has been infected with malware). After publishing this article, I received a user comment, claiming, that AVAST antivirus has been installed with CCleaner. But none of my blog readers confirmed this observation. Now I noticed this Techdows article, pointing out, that CCleaner installer is shipped with PUP offers. 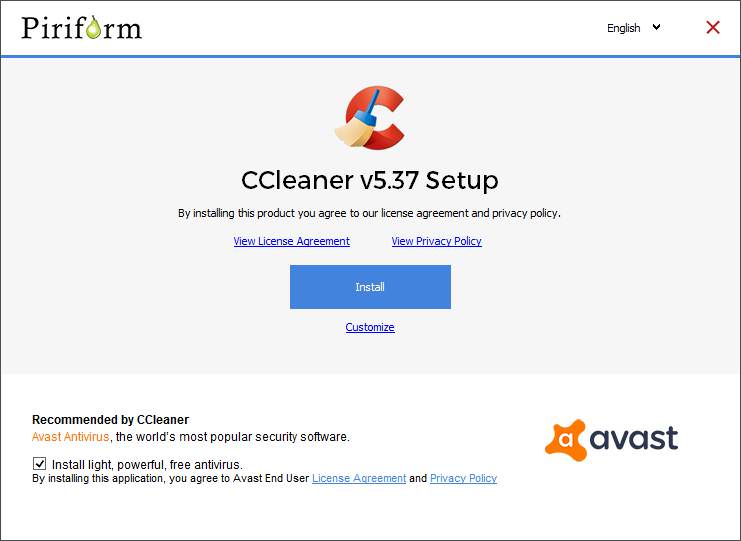 I then downloades Pirifom CCleaner V5.37 installer and gave it a try. I was greeted by the installer dialog shown above. Down in the lower left corner of the installer windows is a checkbox offering to install Avast Antivirus. This option is preselected. Some other German blogger who tested the installer during the last hours, has been offered Google Chrome browser as PUP. To avoid such PUPs, use either  portable version of CCleaner or try unchecky.

This entry was posted in Windows and tagged CCleaner, PUP. Bookmark the permalink.