I have just been informed via Facebook by Andreas E. (thanks for that) that there might be firmware updates for Surface Book 2. Can anyone confirm this with such a device?

According to the Firmware Update History page, the following updates were released on November 28, 2018:

Besides the update of the pen firmware there are further firmware packages for Intel graphics, sound, UEFI, Bluetooth, WLAN etc. Details can be found on the history page. The following screenshot shows the update installation entries from Nov. 30,/Dec. 1, 2018. 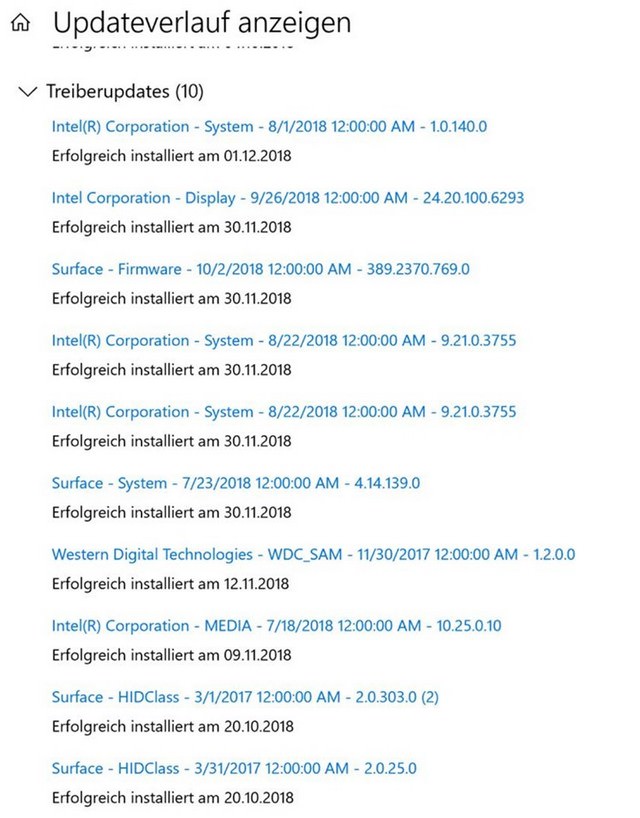 This entry was posted in devices, Update and tagged Firmware-Update für. Bookmark the permalink.