Windows 10: SAC-T is dead for Windows Update for Business

[German]Microsoft has just declared the Semi Annual Channel-Targeted (SAC-T) for enterprise customers ‘as dead’. Starting with Windows 10 V1903, SAC-Tis history. Here is some information on the topic.

The explanations below only apply to corporate customers (who are on the road with Windows 10 Pro or Enterprise or Education). For users of Windows 10 Home there is no change.

First a short review of the classification. Microsoft releases two feature updates per year for Windows 10 clients, one in spring and one in autumn. According to my blog post Windows 10 Support extended to 30 months (sometimes), the spring builds of Windows 10 Enterprise and Windows 10 Education get 18 months of support, while the fall builds get 30 months of support. 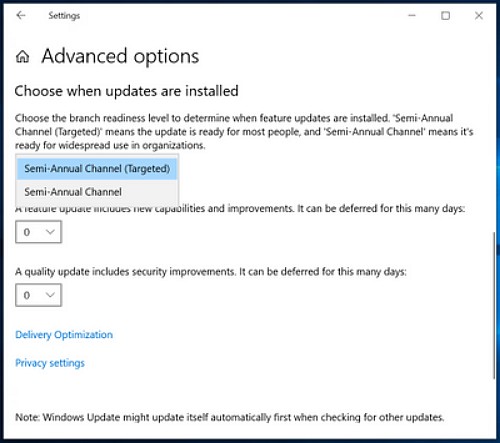 The screenshot above shows the setting options from (and up to) Windows 10 V1809. In the first variant, administrators could let Microsoft decide when to provide a feature update for the clients. In the second variant, the rollout was delayed until the administrator was ready for the upgrade. And Microsoft announced on its Windows 10 lifecycle website when a feature update is ready for SAC (SAC-Targeted ends then).

SAC-Targeted disappears with the V1903

It has been suggested for some time that the above model of Semi Annual Channel-Targeted (SAC-T) will disappear. Microsoft employee John Wilcox has posted an announcement Windows 10 and the “disappearing” SAC-T on May 31, 2018. But then there was no more details. Now John Wilcox published the article Windows Update for Business and the retirement of SAC-T on February 14, 2019. Wilcox wrote:

Beginning with Windows 10, version 1903 (the next feature update for Windows 10), the Windows 10 release information page will no longer list SAC-T information for version 1903 and future feature updates. Instead, you will find a single entry for each new SAC release. In addition, if you are using Windows Update for Business, you will see new UI and behavior to reflect that there is only one release date for each SAC release. If you use System Center Configuration Manager, Windows Server Update Services (WSUS), or other management tools, there will now only be one feature update published to WSUS, and this will occur at the time of release. 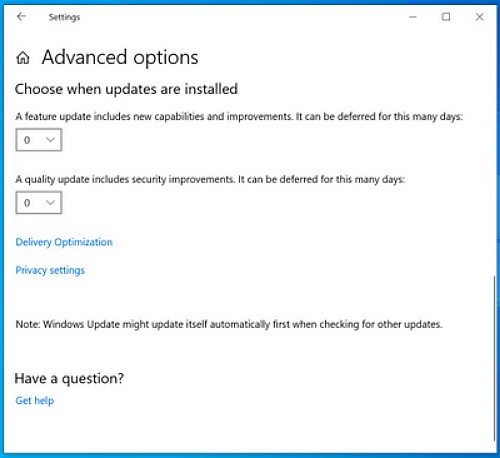 Administrators who use Windows Update for Business will only see a changed GUI (see image above) in the advanced update settings page. The setting option for SAC or SAC-T is completely omitted. The administrator sees only two settings options to specify the delay time in days for feature updates and quality updates.

What changes for business customers from V1903 onwards?

Wilcox also discusses the (one time) transition of Windows 10 clients, which are in Windows Update for Business, from an older Windows 10 build to version 1903.

For feature updates after version 1903, the shift set by the administrator then applies again.

This entry was posted in Windows and tagged SAC, Windows 10. Bookmark the permalink.