News about the broken MSComCTL.ocx updates on Office

[German]Here's the subject up again in the hope that more people will be affected. It's about the problem that Microsoft delivers a MSComCTL.ocx version of Office updates that no longer works with existing software.

Microsoft Common Controls are delivered via the MSComCTL.ocx file. The problem is that when the version numbers of the TypeLibs are changed, all Visual Basic and VBA applications that use these TypeLibs no longer run. In the past, Microsoft has always been able to damage Office Add-Ins or VB programs with such (wrong) updates.

German blog reader Sam had pointed out this problem to me and it can be stated that Microsoft reliably delivers the incompatible ocx with the Office updates in 2019. Here is the wrong ocx version: 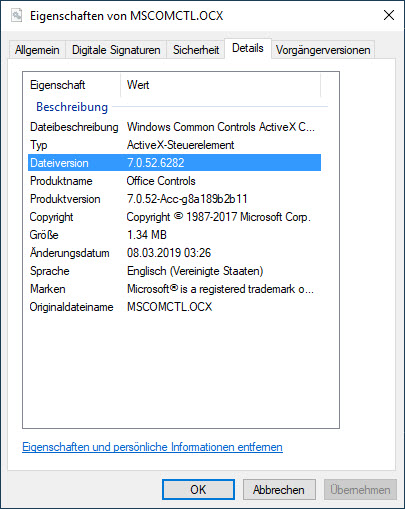 The correct version of the file shown in the following screenshot is required. 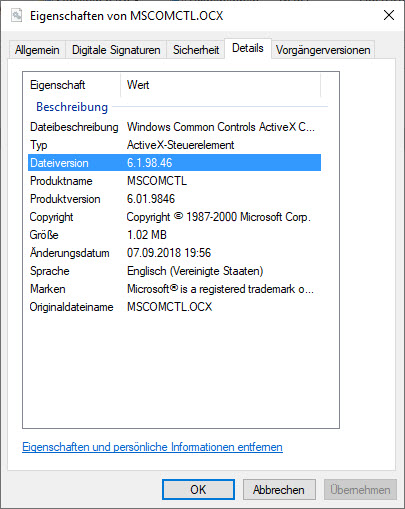 I had described that issues with some more details within my blog post Office Update ships 'wrong' MSComCTL.ocx (Jan. 2019). Now Sam has posted, at my request, an entry in the Microsoft Answers forum for Office

An MVP colleague Diane Poremsky has taken care of herself in the English office forum and passed the whole thing on to the developers. There came the hint to a known bug, which is described in KB article 3139567 and leads to a program crash. Microsoft's recommendation is to re-register the MSComCTL.ocx. However, I am not sure if this solves the problem of the wrong file version.

In her last reply of 9 March 2019, Diane Poremsky writes that Microsoft needs a support case to get more information. A search has revealed that the problem has not been reported anywhere for 3 months. Question: Is nobody else affected? And if this is the case, can you connect to the MS Answers thread or even open a support case?

This entry was posted in issue, Office and tagged Office 2019. Bookmark the permalink.

2 Responses to News about the broken MSComCTL.ocx updates on Office