[German]A short addendum concerning Windows 7 SP1 and the end of support nag screen: Microsoft released a revised version of the ‘Nag-Screen’-update KB4493132 on March 26, 2019. Here is some information about the topic.

German blog reader Georg S. informed me by mail about the new Windows 7 Update KB4493132 – thanks for that, I didn’t have had the time to check it out. Georg wrote:

Today on my 3 computers (Windows 7 Ultimate SP1 x64) KB4493132 was offered again for installation via Windows Update, although I hide it at the last patchday!

I checked then Windows Update on my Windows 7 Ultimate system and found update KB4493132 offered again (although I’ve hided this patch last week). 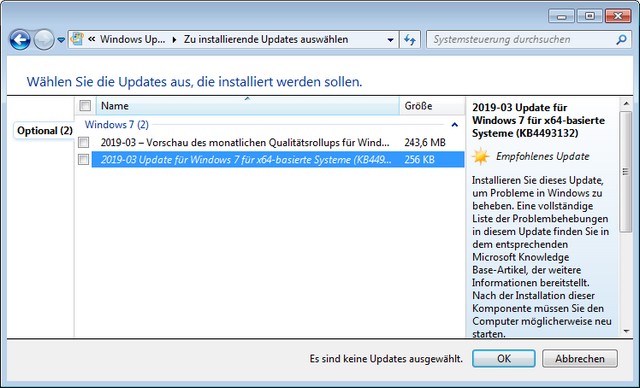 Georg just wrote me in a 2nd mail that the status of the update had changed as well.

It looks like KB4493132 has been received a status change from recommended to an important update.

In the list of hidden updates, I only see the recommended update because I hided it on March 13th.

The important update that I have just hidden is not (yet) visible in the above list.

I can’t confirm this observation. In the blog post Windows 7: Details about notification update KB4493132 published a week ago, I included the following screenshot. 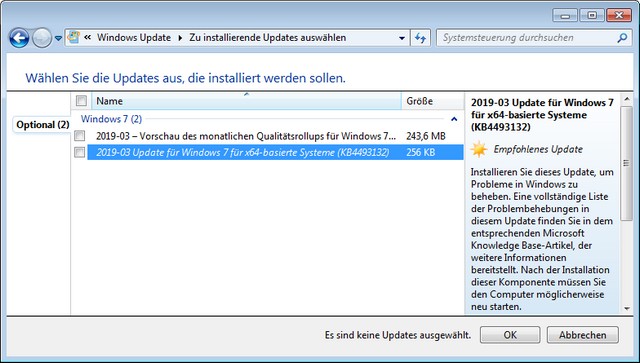 Compared to the first screenshot I can’t see any ad hoc changes. However, I don’t find the update KB4493132 that was hidden last week in the list of hidden updates either (or I missed something). At this point, my question: Who else received the update? Is there anyone who has been offered the update under Windows 7 Professional via Windows Update?

If somebody asks himself, what is update KB4493132 for? This is a notification update that indicates the end of support for Windows 7 SP1 on January 14, 2020.

This entry was posted in Update, Windows and tagged dows 7, KB4493132, Update. Bookmark the permalink.