[German]Microsoft intends to move its DirectX Runtime to the Microsoft Store. This means that DirectX will probably also be supplied with updates in future via the store.

DirectX is a collection of COM-based Application Programming Interfaces (API) for multimedia-intensive applications (especially games) on the Windows platform and is also used on the game console Xbox.

Until now the DirectX runtime was included in Windows and was updated via Windows Update if necessary. Currently there are Windows 10 DirectX 11.3 and 12. The colleagues from deskmodder.de mentioned a few days ago that Microsoft intends to offer DirectX in the Microsoft Store in the future.

t was noticed by the Italian site Aggiornamenti Lumia (@ALumia_Italia) who announced it in the above tweet. 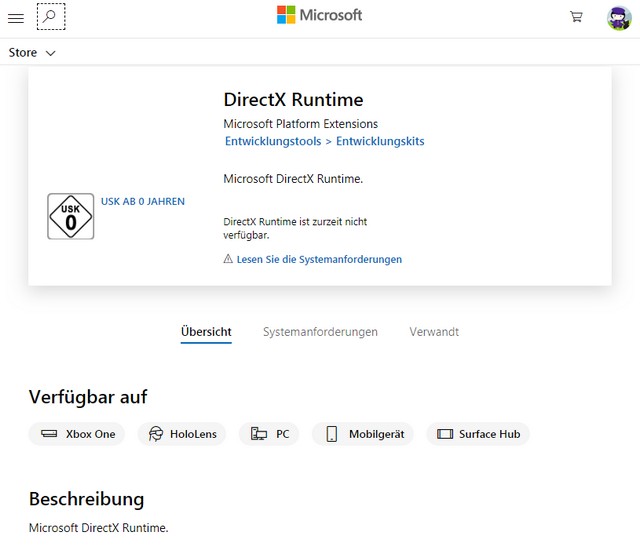 This entry was posted in Software, Windows and tagged Windows 10. Bookmark the permalink.