[German]A brief information for users of Microsoft 365/Office365.com: The service seems to be interrupted again. And at the same time the question: Is anyone (especially in the US) affected by this malfunction?

I noticed the first message here, but also on Twitter @MSFT365Status reports that a problem has been investigated.

We’re investigating an issue in which some users may be unable to access Microsoft 365 services and features. Additional details about this issue can be found on https://t.co/AEUj8uAGXl or under MO198009 in the admin portal.

Some users are not able to log in to the relevant services under Microsoft 365/Office365. Microsoft says people should use the Office365.com portal, which cannot be reached due to login issues. Twitter tells me that the status reports from affected people in the USA are currently arriving on the east coast. On downdetector.com the Office 365 status page shows a larger peak. 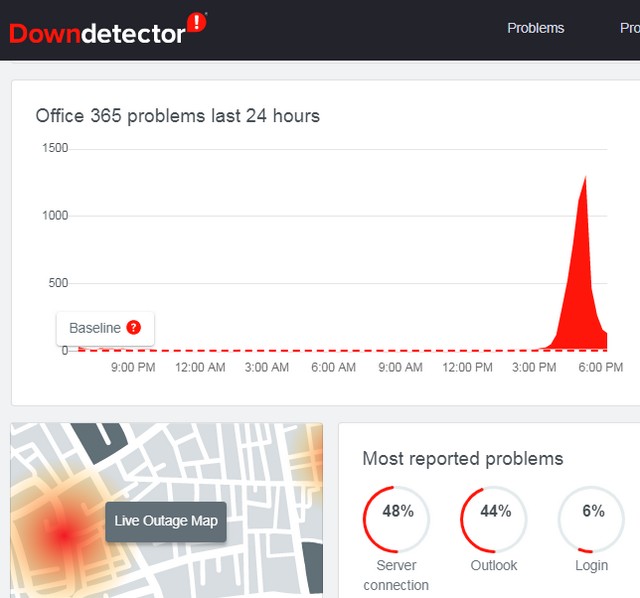 The heatmap of the downdetector currently shows disturbances in the USA (east coast and various hotspots on the west coast) as well as some minor disturbances in Great Britain (but they have Brexit choice today anyway). 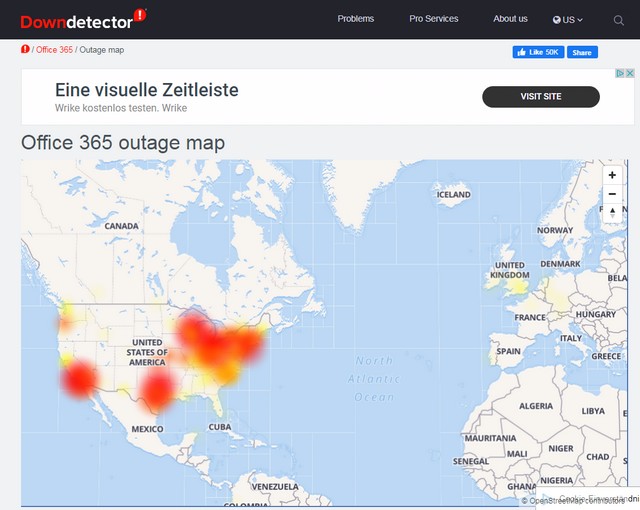 More info: We’ve confirmed that the following services are affected:

Users may experience problems when accessing their mailbox via Outlook or delays when sending/receiving mail. Skype for Business, Microsoft Teams, and SharePoint Online may be inaccessible to users. Lastly, tenant admins may be unable to access the Microsoft 365 admin portal.

Scope of impact: This issue may potentially affect any of your users attempting to use the aforementioned Microsoft 365 services. This issue appears to be isolated primarily to Eastern United States.

So it’s the full program again: From Exchange Online to Skype, Teams, Sharepoint to Microsoft 365 (admin portal), everything is affected.

This entry was posted in Cloud, issue and tagged Office 365, Störung. Bookmark the permalink.