[German]Mozilla's developers had just released (January 20, 2020) version 72.0.2 and version and 68.4.2esr of the Firefox browser. It seems to be a maintenance update for the browser.

According to theRelease Notes, this is a maintenance update of the Firefox 72.0.2, which includes various stability fixes and the following bug fixes.

The new Firefox is also available for download here for various platforms. Alternatively you can download the browser via FTP.

According to the Release Notes , the maintenance update of Firefox 68.4.1esr contains only one bug fix: It fixes several problems when opening files with spaces in the path (bug 1601905, bug 1602726). The browser can be downloaded via FTP.

Currently I can't test anything here, because the Firefox portable has been on strike since a few days under Windows 7 SP1. The browser window shown below appears. I can open new tabs or the burger menu, also when entering a term in the URL field I get suggestions. But with an entered URL nothing happens – the website is not retrieved. In the tab there is an animated dot that the browser requests something, but nothing happens. Before the update I couldn't even display the settings page – now it works at least sporadically. The page about:support can be displayed. Starting in safe mode or with a new profile didn't help either. All very strange. 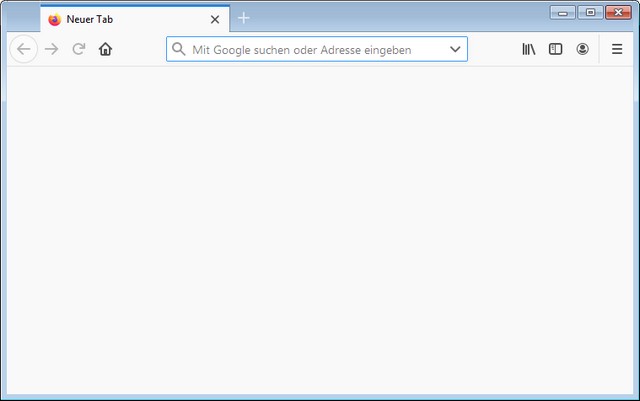