[German]Microsoft has announced that it will soon revise the visual design of the login page for Office 365, Azure and Dynamics. And there will be major changes to Exchange Online authentication from October 13, 2020.

Let’s get to the first point, design change in the Microsoft Office 365 application. The deeper reason for this design change becomes clear when you look at the previous login page. This is where a designer has made a full use of it. 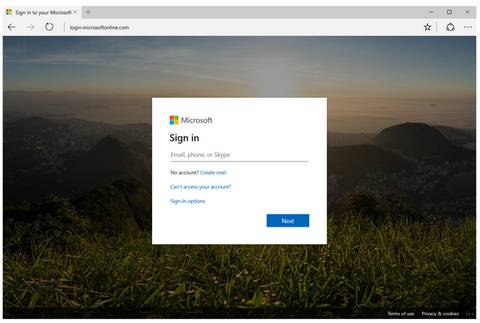 Large background image, small mind, because this has eaten up a lot of bandwidth for its transmission. Well, at least they didn’t use a fidgety background image. But somebody at Microsoft realized that if you customize the wallpaper, you can really save bandwidth with millions of daily logins. 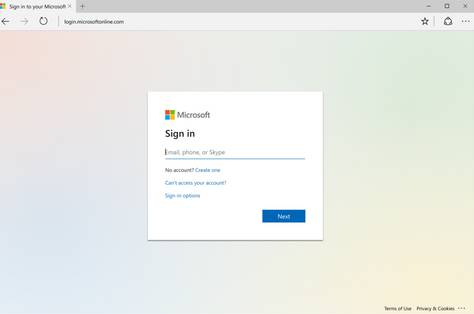 The background image shown in the figure above needs only 1% of the bandwidth of the old version. The new image is intended to reduce bandwidth requirements and improve page load times, especially in slower networks.

This is simply a change to the visual user interface (UI) without any changes to the functionality. Microsoft plans the worldwide launch in early April. However, Microsoft is informing early so that nobody thinks that something is suddenly broken. In addition, companies are to be given the opportunity to update documentation containing screenshots. Administrators should also give the people at the helpdesk a warning. The details can be read in this Techcommunity post.

The second story has some time left, but administrators have to react. This is because Microsoft plans to disable basic authentication for Exchange Online connection logs on October 13, 2020.

We’ve been FYI’d y’all. Please read the below blog for guidance on moving to modern authentication as soon as possible/before Oct. https://t.co/bSXultwspV

That’s what I’ve been looking at these days (see the tweet above). Microsoft has published this Techcommunity article about it, which contains updated information.