A few weeks ago, Amanda Langowski (Principal Program Manager Lead for the Insider program) announced that the names of the Windows Insider preview channels would be changed. The ring model for the distribution of the Insider Preview build, which should allow the selection between fast and slow ring etc., will be abandoned by Microsoft.

The Windows 10 Insider Preview builds will now be rolled out via channels. The reason for this was that Office and Edge use a similar channel model. This should allow insiders to better categorize the preview builds with the different products. I had reported on the details in the blog postWindows 10: Microsoft changes name for insider channels.

The change is complete

On June 27, 2020 I already received a notification from Microsoft informing me about the change of the Windows Insider Preview channels. 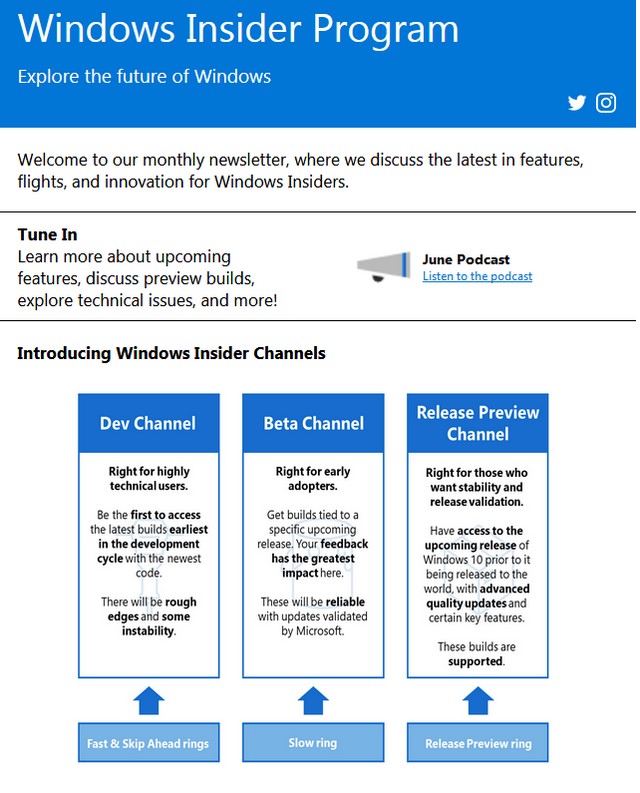 Hey Folks – Channels have arrived! Expect the changes to land in your #WindowsInsider settings over the next few hours. Remember, we've done the mapping for you, so there's no direct change you need to make. Check out blog for details! ^AL https://t.co/auc8wvrxRy

The changes are therefore now effective, no user intervention is required. Windows insiders should be able to choose between Dev Channel, Beta Channel and Release Preview Channel. The colleagues at MSPU have published a screenshot of the Windows Insider settings selection page.

This entry was posted in Windows and tagged Insider Programm, Windows 10. Bookmark the permalink.