[German]I'd have one more for the end of Sunday. It's about a user, whose 'lifelong' user account was closed 'because of copyright infringement'.

Within the the blog post Stop: Arbitrary blocking of Microsoft Accounts I had recently mentioned, that Microsoft may deactivate your private Microsoft Account without a warning. Then you are digitally wiped wit your existence. Even an image on OneDrive can trigger such an action, as I explain in the article Microsoft's account suspensions and the OneDrive 'nude' photos.

Degoo is a cloud service that advertises 'Life's best memories – AI based cloud storage that helps you rediscover your best photos' – see the following screenshot. 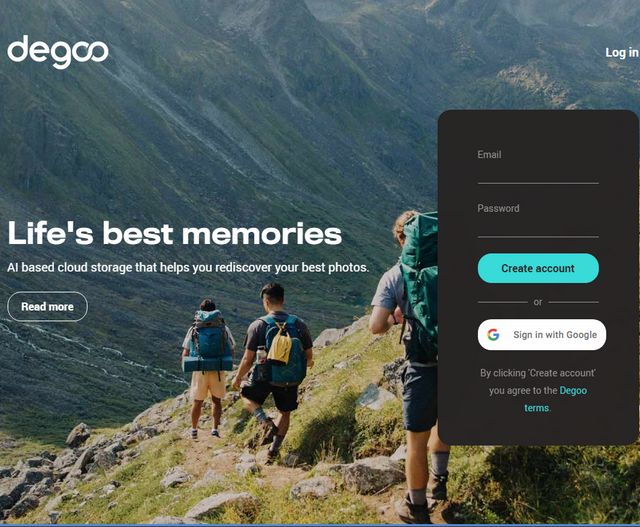 They advertise 10 TB of storage in the cloud and some other stuff. An account is auickly created…

Blog reader Markus K. has often provided me with interesting information (mostly for Windows admins) for the blog here. The days a nice mail came in, which fits exactly into the grid 'you bet on the cloud until you betray'. Markus K. has a user account at Degoo and probably stored some data there. Now his user account was locked.

have a lifetime subscription there and yes, you could have read the package insert carefully, but I deliberately didn't upload the files.

I'll save the appeal right now. What I'm more interested in is, will the data be deleted according to DSGVO and all of them?

As far as the DSGVO is concerned, the question arises to me, who could have fulfilled this at all and if the contract would not have had to be dissolved anyway and money back?

Probably just a cheap way out, the main thing is to get rid of some annoying "lifetime subscriptions".

Deleting the account at once can be quite a pain in the ass. Could it understand if said files are deleted and a warning is issued.

What keeps Markus busy is the following notification by the Degoo bot that a copyright violation by uploaded files is claimed on his memory. 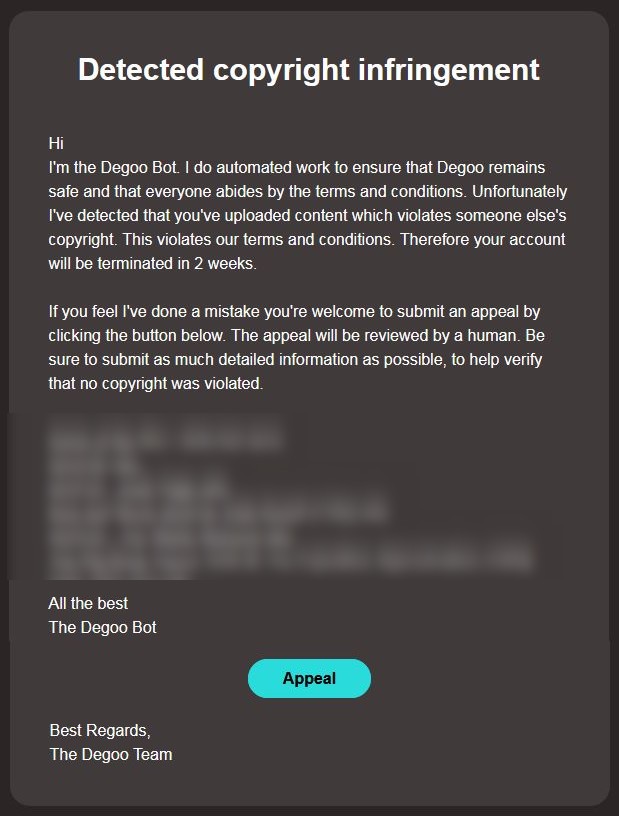 I have blurrred files that were criticized unrecognizable to protect the user. So the bot has found files in a private cloud, which he claims to violate the copyright of a third party. The account (in this case it was granted life-long access) the user account will be closed within 2 weeks. You can still file an appeal. But Markus K. writes that he does not consider this to be reasonable.

The question that concerns him: What actually happens to the data? Will it be deleted correctly according to DSGVO? All in all, this case shows once again how shaky the whole cloud stuff is.

11 Responses to When the degoo bot closes your lifelong account …