[German]U.S. cloud provider Amazon adds the ability to run backups and synchronizations of Synology NAS drives with Synology programs in its consumer cloud drive service. As of November 1, 2020, Amazon will only allow its own apps to access these files and is discontinuing support for the third-party API. 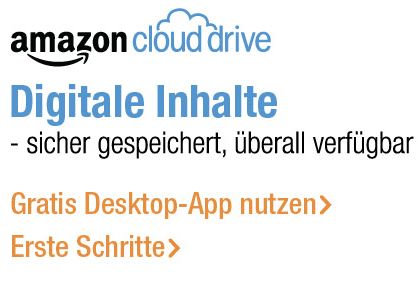 Some users have taken advantage of this to store a backup of their Synology NAS drives encrypted on their Amazon Cloud Drive. This is now over as Amazon is discontinuing the API used by Synology, and NAS backups are no longer possible with Synology tools.

Uploading encrypted NAS backups via Synology Cloud Sync or Hyper Backup to the Amazon cloud will be impossible after November 1, 2020. This is due to the fact that the required Amazon API will no longer be available to third-party users after this date. Amazon is currently informing its users via email that support for Synology Cloud Sync and Hyper Backup features will be discontinued as of November 1, 2020 without replacement. The following screenshot of the email is taken from this article.

From November 1, 2020, access to Amazon Drive files will only be possible via Amazon app. Amazon’s proposal is to use Amazon’s own apps such as Amazon Photos or Amazon Cloud Drive to make NAS backups (see also the Amazon Cloud Drive ad above). However, this has two disadvantages for the respective Synology NAS drive owners:

So Amazon Cloud Drive has died in its previous form as a backup solution for owners of Synology NAS drives. Amazon AWS S3 buckets, which are used in commercial corporate environments, are not affected. This development has announced itself unnoticed for quite some time, because during research I came across the reddit.com thread Amazon Cloud Drive Backup Discontinued from 9 months ago. At that time, with reference to this article, the question was already being asked whether the backup to Amazon Cloud Drive for Synology NAS backups was pending.

The topic of encryption seems to have another aspect: The cloud providers can store file duplicates only once (deduplication) and refer to this file from the other storage locations. This saves storage space – which is probably why Amazon (as I read) offered unlimited storage space for photos, but not for other file types or encrypted photos. With encryption, this advantage can no longer be used when storing.

There are also other cloud providers (e.g. Backblaze B2), ) that could be used for backups. By the way, Synology is offering Amazon Drive users free access to their C2 cloud backup service until March 31, 2021 to ease the transition. Users must sign up for the offer by January 31, 2021 to take advantage of the free storage. Synology has also published a help page to assist customers in moving from the Amazon Drive.

This entry was posted in Cloud and tagged Amazon, Cloud, NAS. Bookmark the permalink.