[German]Microsoft has released the Windows 10 Insider Preview Build 20211.1005 as an update (KB4581021 for Windows Insider in the Dev Channel. Addendum:The build has been pulled.

The announcement of build 20211 was made in the Windows-Blog, where you can read the list of fixes and known issues. There the update KB4581021, which does not contain any new features, is mentioned. Here is the tweet of the Windows Insider Team: 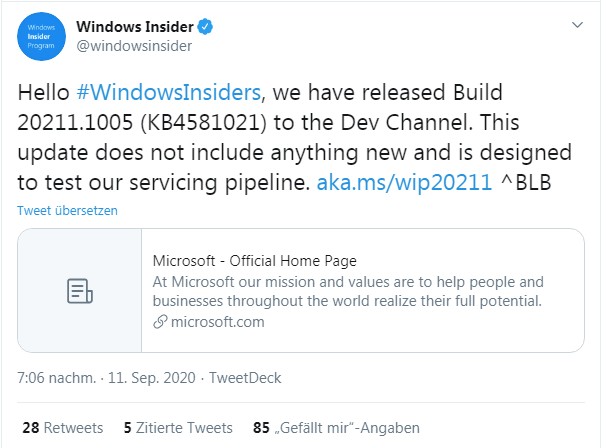 Addendum: But the text passage is now crossed out in the meantime.  In an addendum Microsoft confirmed a bug that prevents the installation. Barb Bowman and Rafael Rivera have posted the following tweets about it. 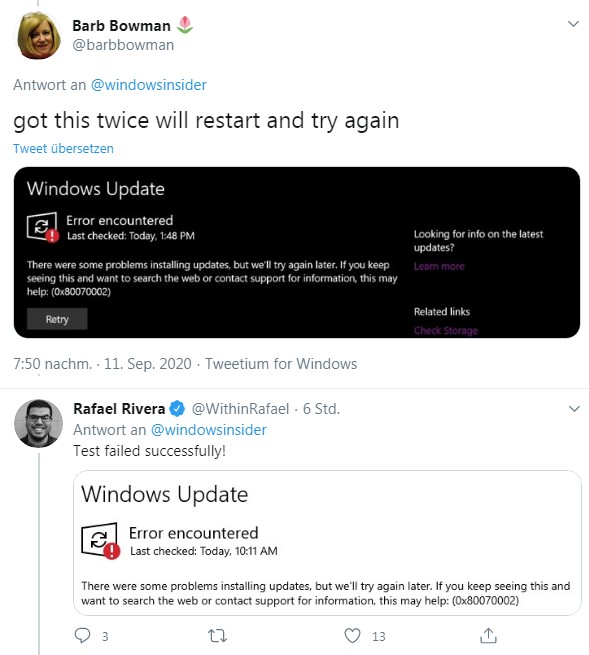 Microsoft has been investigating the issue and pulled the update. 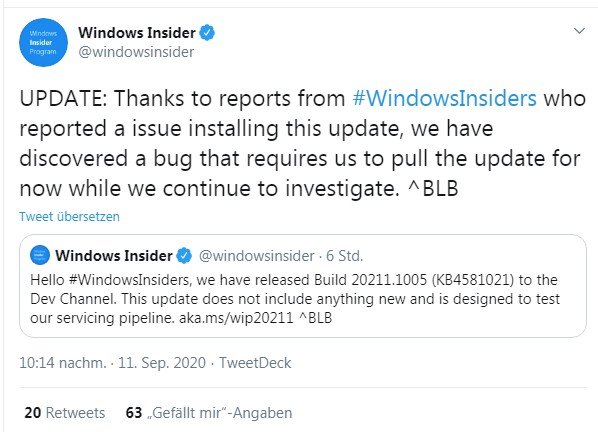 This entry was posted in Update, Windows and tagged Insider Preview, Windows 10. Bookmark the permalink.