Windows 10: Search shows US Election Info in non US countries…

[German] Microsoft runs once again an advertising action, this time a call to register for the US presidential election, under Windows 10. An US Election Info suddenly pops up during a Windows 10 search as an advertisement in the start menu. And this advertisement is shown also for non US countries. By the way, the search in Windows 10 is now done on the server side.

Search shows US Election Info in non US countries

Windows 10 as an operating system is simply broken and can no longer be taken seriously. If you are looking for something, you will see advertising in the start menu. So far so bad – you can hide it with the close button – but such a thing is annoying and has no place in an operating system (which wants to be taken seriously) and especially in the start menu.

And the approach from Redmond has of course gone downhill. A Dutchman has now been shown election ads for the US presidency when searching the Windows 10 start menu, as he writes on reddit.com.

Windows 10 prompted me to register to vote

Why? My region is the Netherlands?? The only reason that I would be from the US is that I use the US – International keyboard… I've never set a foot in the US…

Sorry for this random message but I think it's weird how politics are even a part of an operating system and I think it's dumb that it's advertised outside of the US. 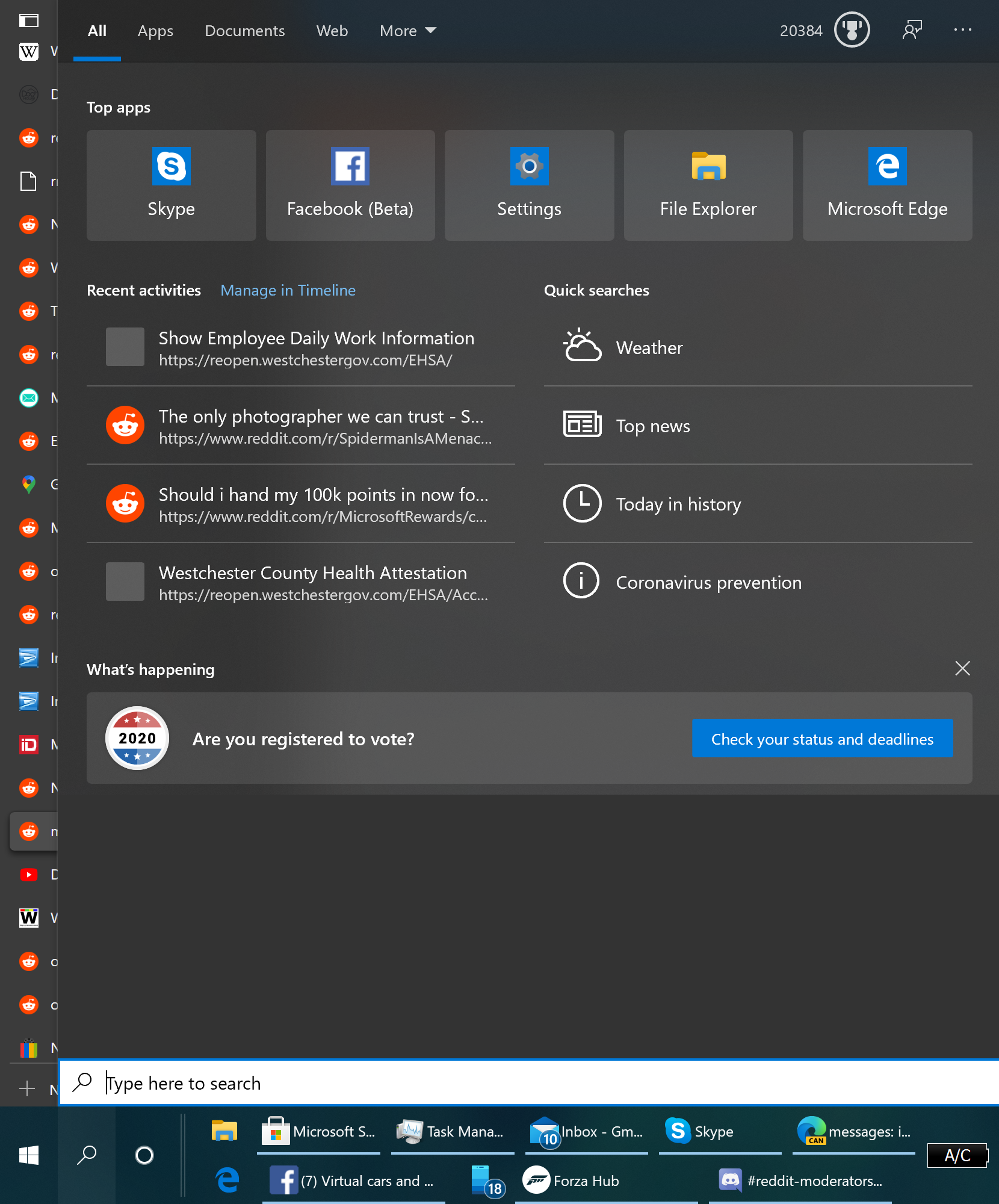 The only 'offence of the user' was that he changed the keyboard to the US layout. The user questions, why something like that appears in the start menu under Windows 10. The thread is already quite extensive and other users confirm this advertisement for the US presidency when searching the start menu.

Normally, the advertising is played out on the basis of the location determination. But if the user has switched it off, it can also happen that the US election advertising is shown in the start menu of a German Windows 10 when searching. The user here confirms this in the reddit.com thread, and other users from other countries outside of the USA claim to have also received the advertisement. It also seems to be the case that only the tester animal under Windows 10 Home gets to see this kind of ads, in Pro and Enterprise the ads seem to be missing.

As one user writes so nicely: Windows 10 shell experience has become adware. Those features can be pushed from Microsoft end. The user gives the advice to block this with O&O ShutUp10 or Open-Shell, Startisback, Start10. The only advice would be to switch to another operating system.

Windows search is executed server side

In the thread there is another interesting information that I would like to get out separately – because it has been on my scrap of paper for a long time. Blog reader Karl had pointed out to me some time ago that the search in the Windows 10 start menu is now done on the server side. I even had the information that this had been discussed in the feedback hub under #20127 'Search server-side change'. Since the Feedbach-Hub app is quite broken in my eyes, I tried to search for it only now, but couldn't find this info. But user cocks2012 confirms this on reddit.com:

Windows 10 search window is a web view. These changes are pushed server side. If you got web results turned on for search, then you will see it.

You should keep this in mind for two reasons. Reason 1: If you have a broken start menu search again, forget all the tips on how to fix something on your local Windows 10. The Redmond crackers will have to go and fix it on their servers. Has happened in the past (see here). Reason 2: What do we think about the fact that every search query is evaluated by Microsoft on the server side and I'm not sure if the GDPR allows something like that.