One person had shared a collection of source code on torrents in September 2020 and stated on the platform 4Chan that the torrents contained the source code for Windows XP, Windows Server 2003 and other Microsoft operating systems. Later it turned out that the torrents contained a bizarre collection of all kinds of material, including conspiracy theory videos about Bill Gates. 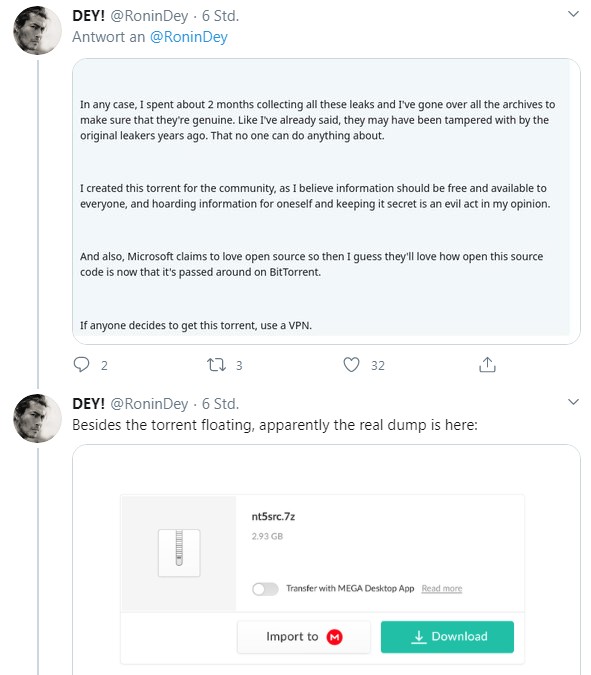 But a security researcher confirms that a source code archive of 2.93 GByte is also available on a website from the 43 GB torrent. This contains the source code for Windows XP and Windows Server 2003. I had reported about this leak in the blog post Windows XP Source Code leaked. Microsoft announced a few days ago that they would investigate the case, but the question was: Is this all real. In the meantime there were reports  that there were hints in the source code about special Mac themes for Windows XP.

A developer with the Twitter name @NTDEV (meanwhile protected) has taken these source codes and tries to build executable Windows versions from them. Bleeping Computer reports this night at Twitter, that the developer was partially successful (article). 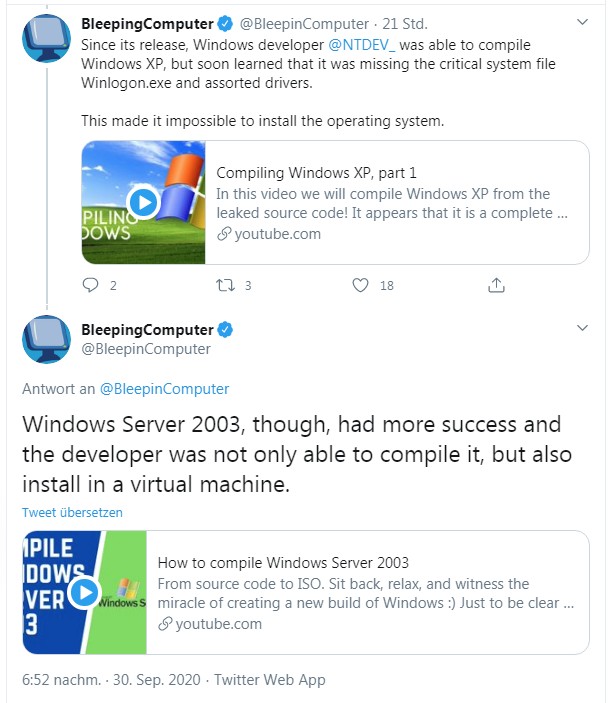 In an interview with ZDNet the developer confirmed these findings. In the meantime, not only the Twitter channel of the developer is protected. The YouTube videos are now also blocked. There is a notice ‘This video is no longer available due to a complaint of copyright infringement by Microsoft Corporation’. So the source code must be from the Microsoft developer labs.

But all in all the story has only ‘academic meaning’ for me. It shows that even a Windows source code is not safe from leaks. It also turns out that Microsoft prosecuting copyright interests. As a normal user you can’t really do anything with the source code anyway (so I don’t share more details or links). Experts could at most scan the code for vulnerabilities and bugs.

This entry was posted in Windows and tagged Windows XP. Bookmark the permalink.