[German]In a few days or weeks the autumn 2020 update of Windows 10 will be unleashed on people. The exciting question would be what the part should really be called then – because at Microsoft there is a Babylonian language confusion.

I had mentioned names a few days ago in the blog post “Will Windows 10 October 2020 Update (20H2) be rolled out soon? I referred as source to the announcement of the release preview in the Windows blog. There Microsoft had also announced the name for the fall 2020 version of Windows 10. The name is based on the year and the release month (October). Microsoft wrote that the new version will be called Windows 10 October 2020 Update (20H2). New is the abbreviation 20H2 instead of using something like 2009 or 2010 as version number.

Swiss blog reader Gero Holbeck has taken up my above statements and has pointed out to me a few days ago by mail that Microsoft has difficulties with its own nomenclature. Gero wrote:

As you mentioned in your last article about the Windows 10 20H2 Update, the update is declared as 20H2 and not 2009. But I have a hint that something is wrong. I found irregularities in the naming. 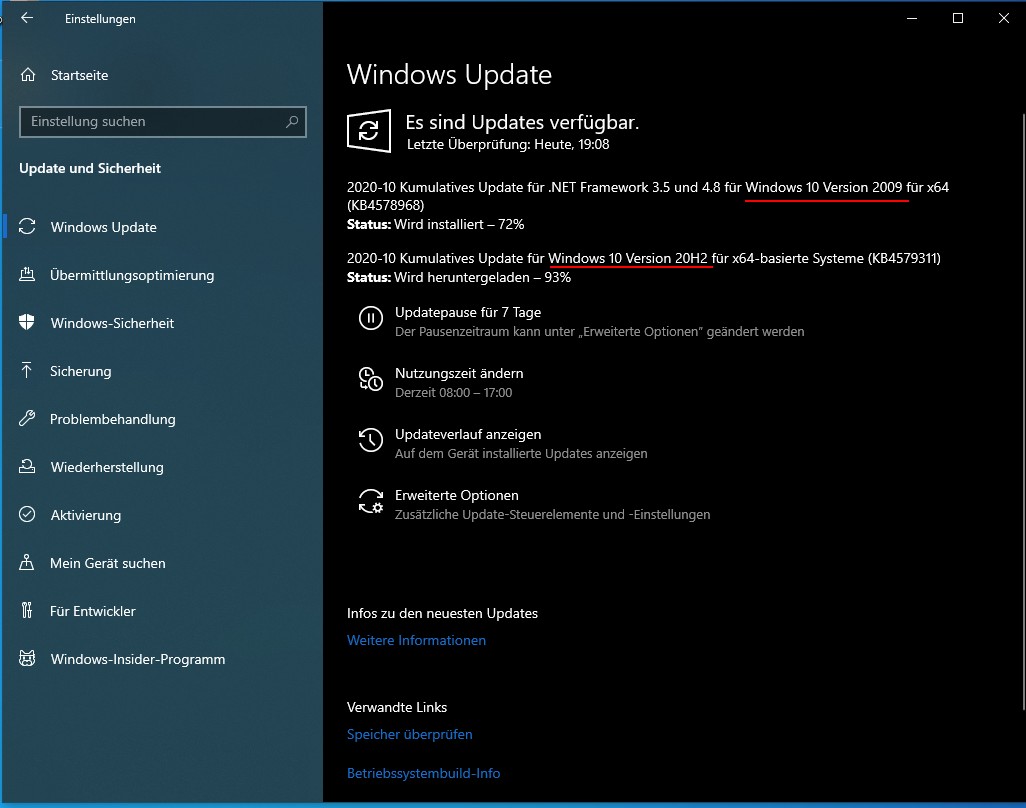 The whole thing can be checked in the Microsoft Update Catalog using the two links below.

There the MSU packages are also declared differently. Meanwhile nothing more with ‘2020-10 Windows 10 2009’ is found in the Microsoft Update Catalog – they have renamed something.

Even in the winver display, Microsoft somehow can’t make up its mind what should apply – a consequence of the crude names in the updates. Gero sent me two more screenshots (thanks for that), which prove the whole thing. If I would be maltreated with different updates this way, it would make me completely nuts. Windows 10 doesn’t seem to work better. Gero wrote about it: 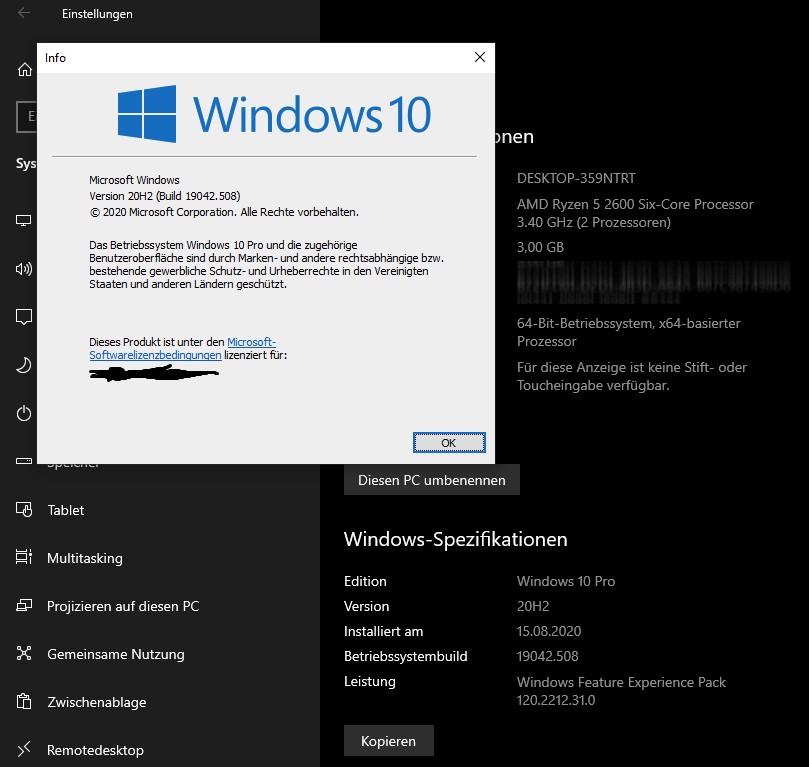 In the figure above Windows 10 Pro reports the version 20H2, as I would have expected. In a second image, which Gero sent me, it looks quite different 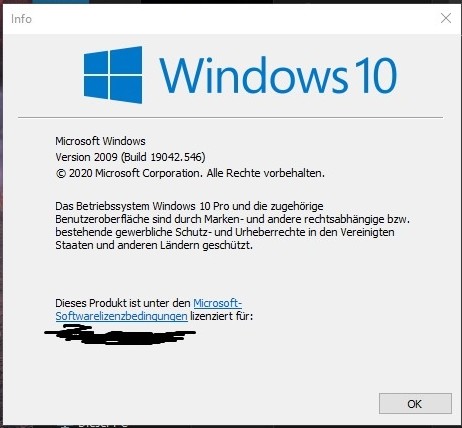 There the last update was installed and the operating system is reported as Windows Version 2009 (Build 10042.546) – also quite nice. Well, somebody noticed it and had the names corrected in the updates. Gero says: Microsoft itself seems to be quite divided on the question what the October update of Windows 10 should be called.