[German]Brief note for administrators of a Citrix Netscaler (ADC) used but suffering from shaking when using HTTP/2. Citrix has released a firmware update for the ADC firmware that should fix the issue.

I became aware of this issue in the following tweet. Georg Spiers points out the issue in question, but does not link to corresponding Citrix support posts. 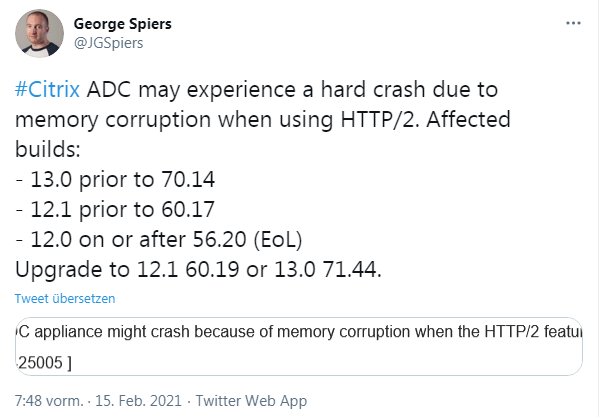 But via the change logs of the mentioned firmware versions (e.g. here) it should be possible to read the details of the changes. There it says:

A Citrix ADC appliance might crash because of memory corruption when the HTTP/2 feature is enabled. [ NSHELP-25005 ]

May help if someone is affected.