The new features were announced by the Tor project in the following Tweet and in this blog post. 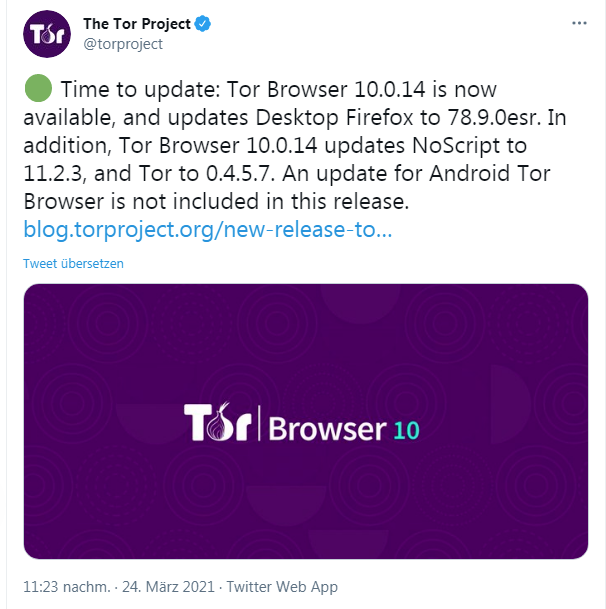 This entry was posted in Software, Update and tagged Tor, Update. Bookmark the permalink.