[German]Microsoft released a new Microsoft Graph APIs as a public preview the days. The new API is intended to enable developers and IT professionals to manage Windows 10 updates and accelerate Windows 10 security updates in enterprise environments.

Blog reader Karl picked it up the days in the following tweet – I had also seen it the days before from colleagues at Bleeping Computer. 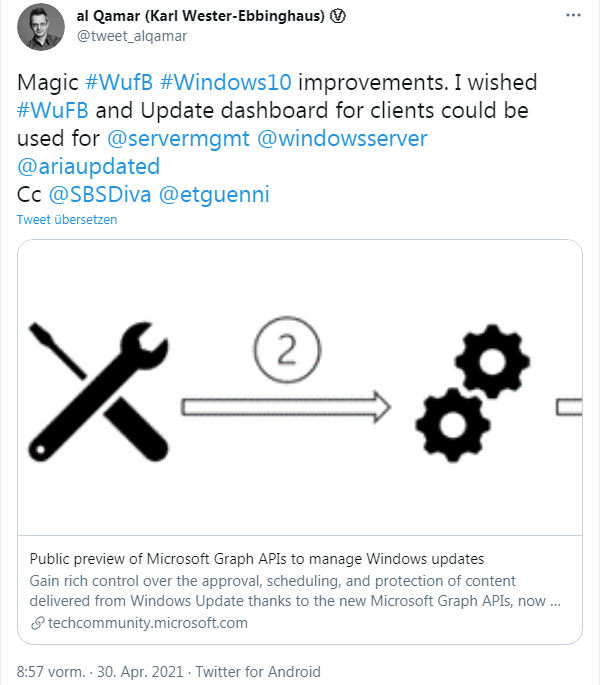 Microsoft has published the details in this Techcommunity post. The new Microsoft Graph APIs, now available in public preview, are designed to give administrators comprehensive control over the approval, scheduling and protection of content delivered by Windows Update. These APIs are supported by the Windows Update for Business deployment service and enable IT professionals and app developers to, according to Microsoft:

Redmond sees Microsoft Graph as the gateway to Microsoft 365, which should make it easy to build apps that span organizations, users and devices. By connecting deployment services capabilities with Microsoft Graph, app developers can easily create rich update management tools and enhance those experiences with contextual user data (e.g., using a user’s calendar data when scheduling an update). However, Microsoft Graph is only available with the following Windows or Microsoft 365 subscriptions: