[German]ACROS Security has released an update for its 0patch agent. The purpose of this update to version 21.05.05.10500 is to fix several bugs as well as performance issues that the previous 0patch agent can cause under Windows. The bugs and problems were reported by users or found internally by the development team.

ACROS Security  recommends to always update the 0patch agent to the latest version. The reason: Only the latest 0patch versions are supported. Not updating the agent for a longer period of time could result in new patches not being downloaded and the agent not being able to synchronize properly with the server.

Enterprise users can update their agents through 0patch Central; if their policies mandate automatic updates for individual groups, agents in such groups will be automatically updated. Non-enterprise users must update 0patch agents manually by logging into computers running 0patch Agent and pressing “GET LATEST VERSION” in the 0patch console. I caught the announcement of this update via Twitter and the following tweet. The details including the change log can be read on the 0patch blog. 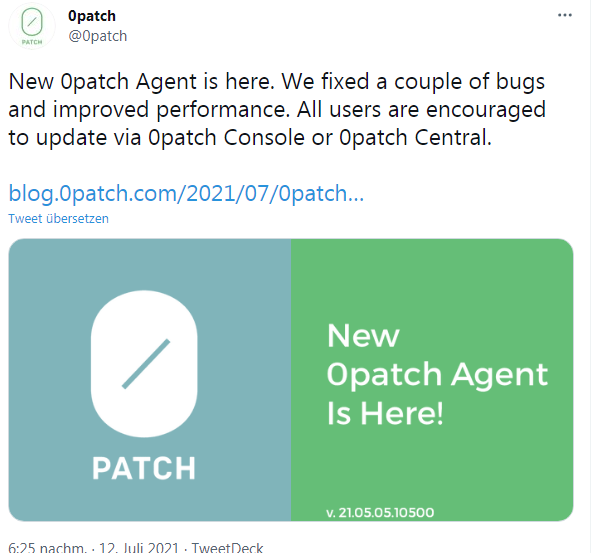