[German]Today another blog post from the category "Windows 10, the mysterious update experience". A blog reader recently drew my attention to a new "upgrade experience" (that's what Microsoft calls it). The Experience is described quite quickly: The unsuspecting user receives a prompt to install a feature update and then ends up with an unbootable system because no boot media was found. At the same time, the "system-reserved" partition was suddenly given a drive letter. Maybe a single case.

The blog reader described the problem to me by mail at the end of June 2021, after he encountered a very strange behavior of a computer when updating to the latest Windows 10 version 21H1. He wrote:

I am yesterday on a It reached me a call for help from an elderly lady who was surprised by an ad "Your Windows version has expired and must be updated" (original sound). The computer is two years old and was sold on Amazon as a company return.

So she agreed to the update and then the misfortune began. After the reboot, the computer got stuck in the display that no bootable medium could be found.

The reader wrote that he was involved in the process from that point on. The reader's first thought was that the boot sector of the SSD was somehow overwritten during the update and thus no bootable partition could be found. But this approach did not lead anywhere, as the blog reader wrote:

This was first communicated to the senior citizen and she was prepared for the fact that a complete reinstallation with the loss of all personal data would have to take place.  The message was of course not what she had hoped for. So first time break.

I then tried to get into the BIOS of the computer with her help to change the boot order or to see what is actually entered. The attempt was not crowned with success, so that we first arranged a break again, after which I wanted to make myself on the way to her, in order to see locally after the computer.

Yesterday she contacted me again and told me that she had managed to get back to the BIOS settings page (see the following picture). What made me wonder was that the SSD was listed with two entries, one with the addition "Windows Boot Manager" and one without this addition. 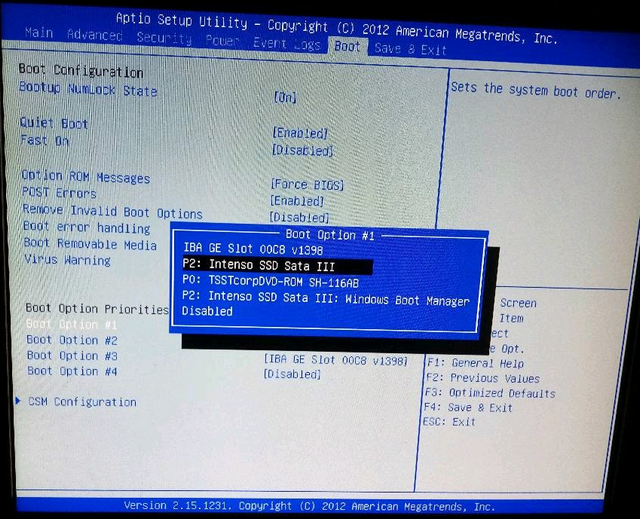 We then entered the entry with addition as boot option #1 together and let the computer reboot. To both of our astonishment, the Windows 10 update routine suddenly started, as it does after the first reboot (30% update performed …) and was then also completed correctly after some time. More updates were then run, all with success and also the "Classic Menu" appeared again after a new version was installed. What can I say, just by changing the boot option the computer now runs as it should again and the lady is happy.

The blog reader commented that Microsoft is again moving to giving the hidden "System-reserved" partition a separate drive letter. To this the reader writes: 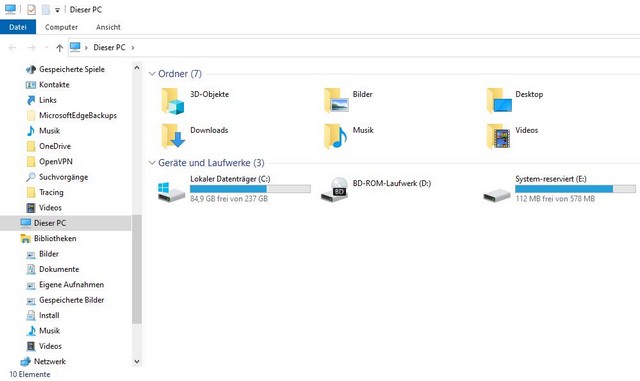 What I noticed in the story, however, and it also occurs on my private computer so: Since the last Windows 10 update to 21H1 Build 1081, the otherwise hidden partition "System-reserved" is displayed with its own drive letter in the listing of drives. This partition is created during installation and was otherwise not visible in the listing of drives and also had no drive letter.

If I now draw the conclusion that this behavior was also the case on the lady's computer and that's why the entries in the BIOS for the boot order pointed to this "system-reserved" partition as boot option #1, then it's clear to me why the computer didn't find a bootable medium.

Am I totally barking up the wrong tree now, or have you encountered such a problem?

In June 2020 I had published the blog post Windows 10 2004: Upgrade fail due to drive letter on boot partition. Also there a partition "system-reserved" with assigned drive letter led to issues with a feature update. Or do you have another explanation or different experiences?

This entry was posted in issue, Windows and tagged issue, Upgrade, Windows 10. Bookmark the permalink.