Microsoft explains the Windows 11 context menu and the Share dialog

[German]In fall of 2021, Microsoft will most likely release Windows 11 and then roll it out more broadly in 2022 (see Has Intel revealed the October 2021 release date and name for Windows 11?). This will include a user interface overhaul with a new Start menu and rounded windows (Sun Valley). In anticipation of the release of Windows 11, Microsoft has now explained the new context menus and the Parts dialog in more detail.

The context menu is one of the most popular and useful shell extensions in Windows. If the user is in File Explorer or on the desktop, it significantly reduces the number of steps to complete a file operation compared to opening a separate app. As useful as the Windows 10 context menu is, there are aspects of its design that Microsoft plans to improve in Windows 11.

Windows 11 brings a refinement of contextual file operations in the right-click context menu and share dialog. These are extensible by apps, including unpacked Win32 apps. What bothers developers about the old context menu from Windows 10 is the following:

The Windows 11 context menu is supposed to fix these problems with the following adjustments:

The following image shows the Windows 11 context menu as Microsoft envisions it. In addition to the round corners, there are a number of commands as icons at the top of the menu. Something I like spontaneously. 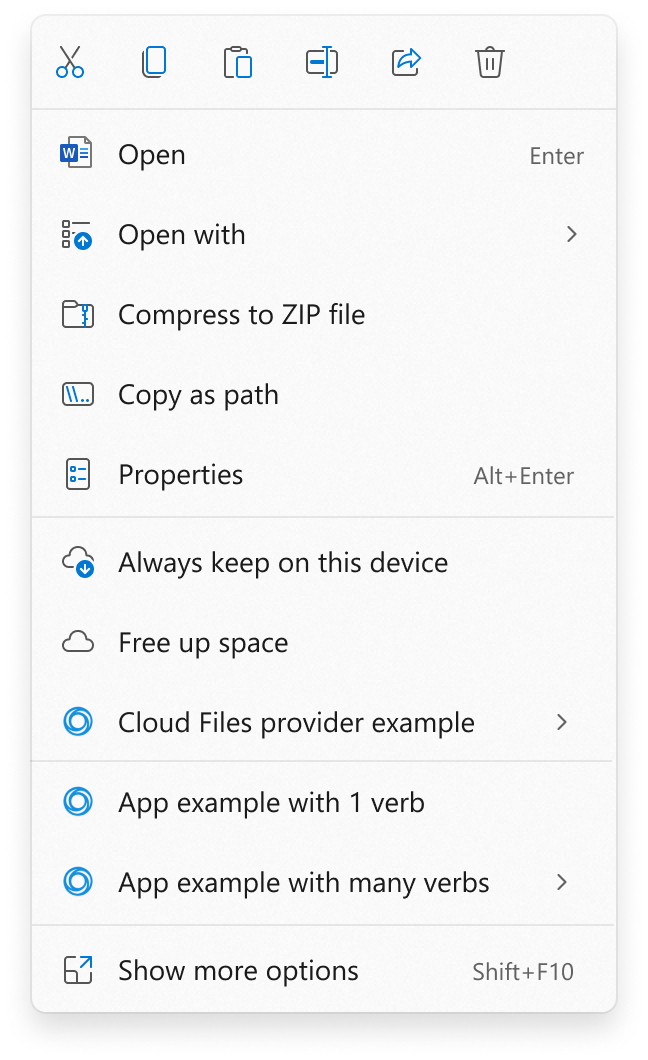 Sharing nearby contacts is now much easier to use, with simple control over your discoverability setting at the top and a link to more settings in the dialog's footer. When users use the Mail app, the first entry in the contact list helps them easily send an email to themselves.

All apps can now participate in the share dialog as a destination. For non-packaged Win32 apps, this is included in the same example as the context menu. PWAs installed via Microsoft Edge are also supported if they implement the Web Share Target API. 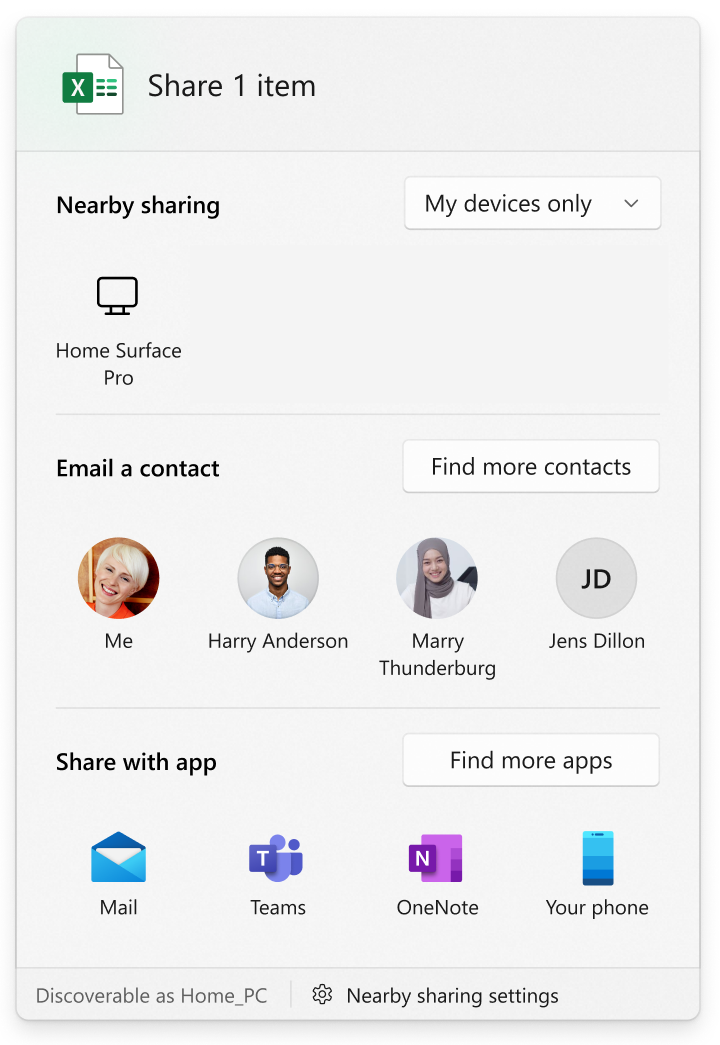 The Microsoft post also includes some more best practice for developers.  (via)