[German]Microsoft will change some design elements of the user interface in Windows 11. In addition to rounded window corners, the Start menu will also be seriously revised. Among other things, it is centered on the taskbar. Why they decided on something like this, and what other considerations there are, Microsoft has made public in a video.

The video can be viewed on YouTube – there, individual Microsoft employees have their say and explain why this had to be done in Windows 11. These are weighty arguments that we users don't always understand. Well, I remember that Microsoft introduced the ribbon in Microsoft Office 2007 with exactly the same weighty arguments – the user community spontaneously "loved" it (almost like the assistant Clippy). And also this tile interface of Windows 8.x was without alternative and has been accepted on a broad front. The colleagues from Windows Latest have dealt with the topic in this article and point it out in the following tweet. 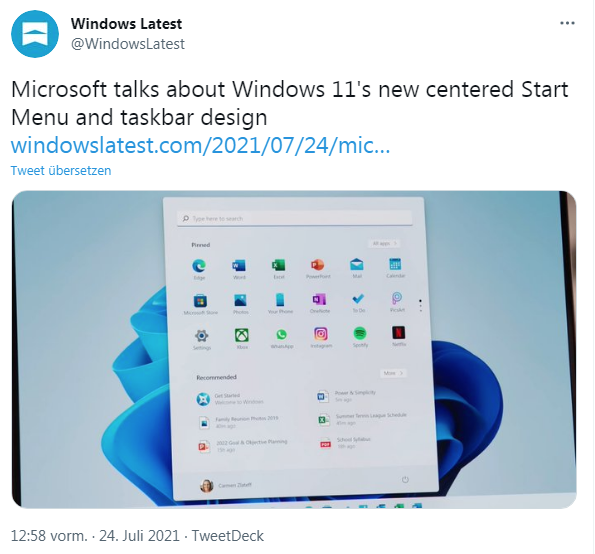 1 Response to Windows 11: Microsoft talks about the centered start menu