[German]Apple released iOS 14.7.1 and macOS 11.5.1 on July 26, 2021. These are updates that fix bugs and especially security vulnerabilities. One vulnerability is already being exploited for attacks practically in the wild.

I became aware of this update for the two Apple operating systems iOS 14.7.1 and macOS 11.5.1 via various messages as well as the following tweet. Arstechnica published this article on the updates. 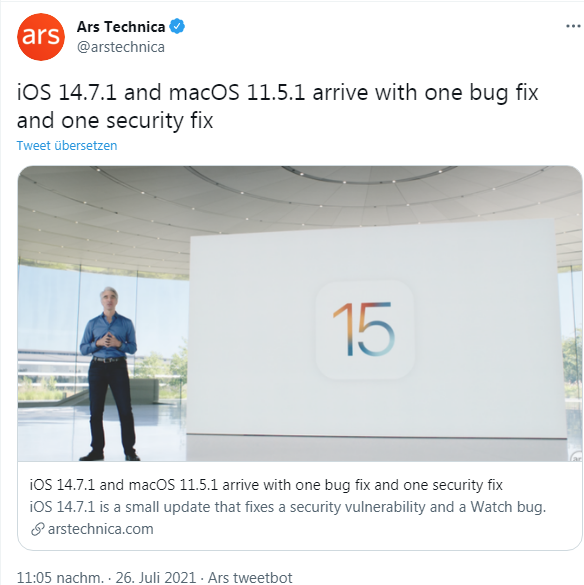 Impact: An application may be able to execute arbitrary code with kernel privileges. Apple is aware of a report that this issue may have been actively exploited.

This update is recommended for all users and OS 14.7.1 also fixes an issue where iPhone models with Touch ID cannot unlock a paired Apple Watch using the "Unlock with iPhone" feature. Apple's update page has the entry formacOS Big Sur 11.5.1, which lists the same security fix for IOMobileFrameBuffer.

This entry was posted in Software, Update and tagged iOS, macOS, Update. Bookmark the permalink.