The other day, a message went around the Internet announcing a new feature in Microsoft Teams. Microsoft has unlocked a new "Games for Work" feature. Boring online meeting with the boss – why not play a Minesweeper or Solitaire on the side? That's now possible with a corresponding app in Microsoft Teams. Hey, that's no joke. 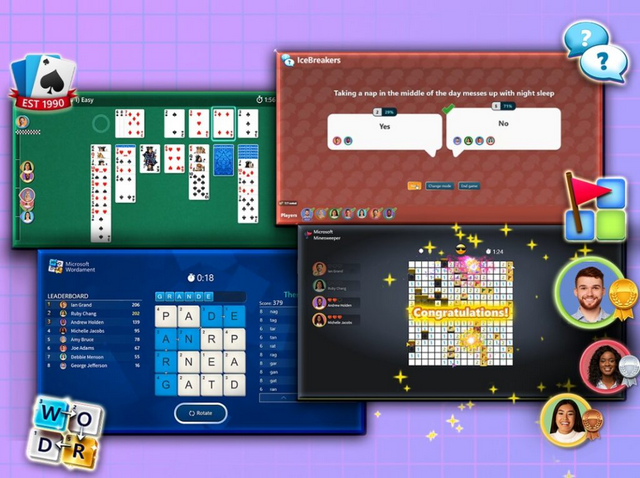 One is supposed to be able to choose from a selection of popular casual games like Microsoft IceBreakers, Wordament, Minesweeper and Solitaire, which will be added to Microsoft Teams. The games will be available there in multiplayer versions (from 2 to 250 players) and will be ad-free.

When I first read about it here, I just shook my head in disbelief. In a country like the U.S., where employees are monitored by their employers right down to the toilet, people are supposed to be allowed to play games on the side in online meetings? Jill Braff, General Manager of Integrations and Casual Games at Microsoft, explains the approach like this:

Over 3 billion people around the world play games and they play a critical role in bringing people together – especially in recent years. Games foster creativity, collaboration and communication in unique ways, and we can't wait to see how the Games for Work app on Microsoft Teams sparks productivity and helps foster connections in the workplace.

Microsoft's announcement has more details about this "shiney new online world" suggests what else to try – Polly in Teams, for example. "We team-build and meet to death" went spontaneously through my head. Is that a feature, your boss has on his wish list for it's employees? If the answer is yes, the admins should order more RAM for their Windows clients, due to the memory consumption from MS Teams.

This entry was posted in Software and tagged Teams. Bookmark the permalink.