This night, Microsoft has released new firmware updates for Surface Pro 4 and Surface Book to fix some issues related to this devices.

Imaging, you bought a device spending about 1,000 Bucks, would you not hope to get a first class support? Well, it seems that Microsoft feel, a short tweet is sufficient to inform their customers about new Firmware update. Doug Holland, Microsoft Evangelist, announced this night the firmware update via twitter. 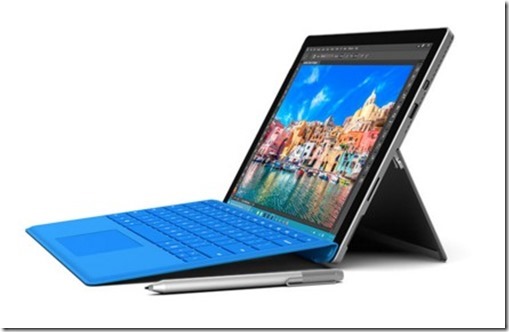 That’s all at the moment. Details about the fixes provided by this firmware updates are not available yet at Update History pages for the Surface Book and Surface Pro 4. Searching the web, I came across this reddit.com (via winbeta.org) thread. Somebody has inspected the event log and the update history. Here are the fixes for the Surface Book:

But the Intel Display Driver is from 27. October and NVIDIA graphics driver is dated 15. September 2015. Here are bugs, users reported after firmware update:

Here sombody reported other issus (disply crash hasn’t been observed for an hour), he observed delays and som Edge issues. Someone proposed a fix for the dock issue:

The Dock still requires a special song and dance with cables and power cycling to get it to work with external monitors.

I love my surface book but I do have one issue. When it is closed it tends to get warm and I feel like the battery is draining more than it should in this mode. Hopefully this firmware addresses this. Other than that, it is working flawlessly.

makes me feel silly. Should this issue not have been fixed with the firmware update release 2. November 2015?

The only official announcement till yet about fixes for Surface Book I found, was at Microsoft Answers forum.

The following update will be listed as “System Firmware Update – 11/18/2015” within the Windows Update History..

Note  When Surface updates are provided via the Windows Update service, they are delivered in stages to Surface customers. As a result, not every Surface will receive the update at the same time, but the update will be delivered to all devices. If you have not received the update then please manually check Windows Update later.

I didn’t found similar descriptions for Surface Pro 4 till yet. But buying a Microsoft device for several hundred dollars and will be served like shown above, looks cheep – a behavior like a garage firm. Any thoughts additions?

This entry was posted in computer and tagged Firmware-Update, Surface Book, Surface Pro 4. Bookmark the permalink.