Microsoft has released update KB3102429 for Windows 7/8.1 on January 19, 2016. It's an optional update for currency symbols – but we have seen this "problem bear" last November. 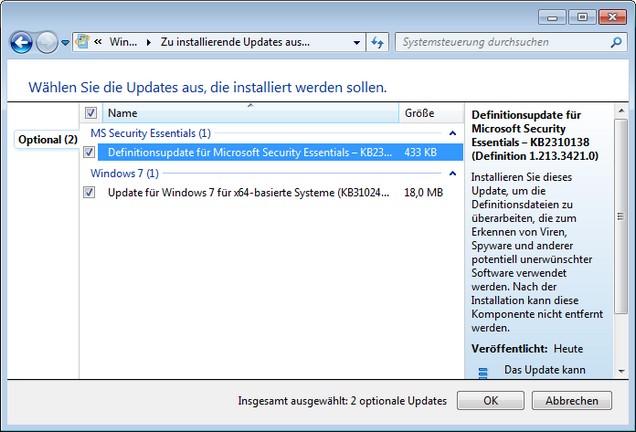 I have also to note, that Microsoft has added a third party disclaimer:

The third-party products that this article discusses are manufactured by companies that are independent of Microsoft. Microsoft makes no warranty, implied or otherwise, about the performance or reliability of these products.

After writing my German blog post, some readers commented, that the update has been released in last November. So I've had a 2nd view into my German blog. KB3102429 caused serious issues after November 2015 release. It killed some PDF export functions, so Crystal Reports wasn't useable at all after installing this update (see this reddit.com thread and this english blog post for instance). I've blogged about that incident in the following (German) blog posts.

If somebody is using Crystal reports, maybe a feedback, whether update KB3102429  fixes the PDF export issues or not is welcome – I don't use this feature.