[German]Some users are facing lost partitions after upgrading Windows 10 from version 1511 to version 1607 (Anniversary Update). Here are a few details.

Some users reported this issues shortly after Microsoft has launched the Windows 10 Anniversary Update (my own systems are not affected). Here are some tweets.

Also this site has summarized it in a short post. At reddit a user reports, that his whole disk contend has been lost. After a rollback to Windows 10 version 1511 all disk’s content was back.

The drive seems to lost all data

The issue has been described as: The disk isn’t shown in File Explorer window. And inspecting the partitions in Disk Management, the partition isn’t mounted as a logical drive. This post from the MiniTool Partition Wizard developers addresses the issue. They posted the screenshot shown below. 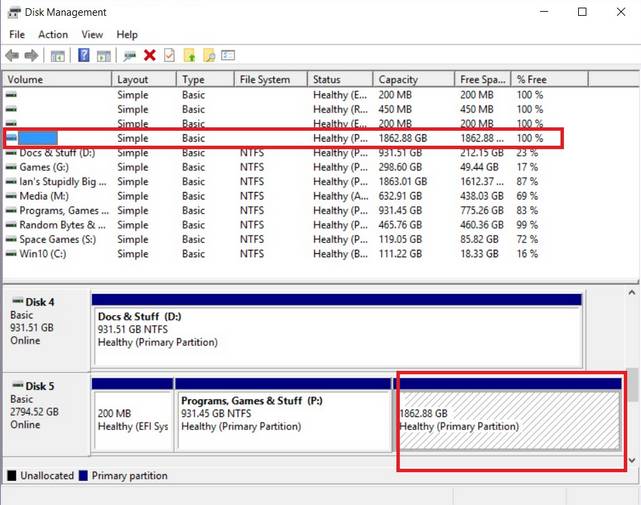 The partition seems to be intact, but no logical drive is mounted. Also, no file system information is shown. It seems that the partition is healty, but empty – without a valid file system.

Microsoft is aware of this issue, as you can see at this Microsoft Answers forum post. The partitions are not appearing in File Explorer after installing the Anniversary Update. And when viewing the partition in Disk Management, it appears as RAW or unallocated space.

Microsoft recommends that the user shall not try to recover or otherwise write data to the affected partition, nor should the partition be formatted. If someone is in need to access the data stored on the partition/disc, Microsoft recommend a rollback to version 1511 (just possible during the first 10 day after upgrade).

2. Select Update & security and then the Recovery tab. 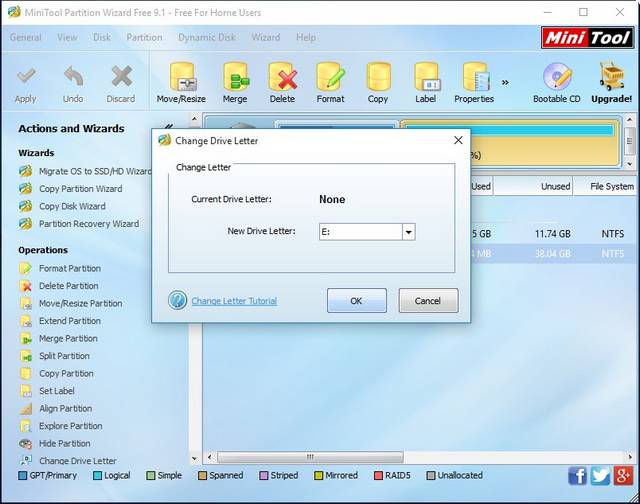 If that’s not possible, the MiniTool developers propose a recovery of the lost partition in Partition Wizard. But I won’t recommend this, because the risk of losing data is high. Also EaseUS has addressed the issue of “lost” partitions within a blog post and gives hints how to overcome the issue. Some users reporting, that installing Acronis Virtual Drive is the cure to bring the lost partition back under Windows 10 V 1607.

Also users of dual boot systems with Linux partitions are reporting similar issues. Betanews.com reports here from lost Linux partitions. Also here is an article. I don’t know, if the tools mentioned above may help in this cases.