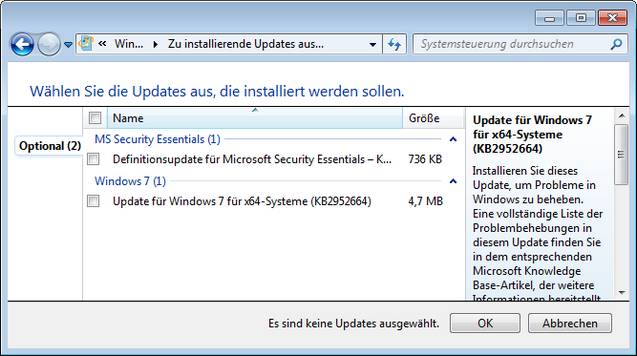 But both updates offers telemetry functions, as I reported within my February blog post Windows 7/8.1: Updates KB2952664 / KB2976978 are back (again). My recommendation was, to hide those updates.

It's not the first time, that those updates has been pulled

Both updates are offered cyclically each month since years. Yesterday a blog reader pointed out, that both updates KB2952664 and KB2976978 has been withdrawn. I checked my Windows 7 machine, and the update I already blocked from installation has been gone. Also Microsoft Update Catalog doesn't contain those updates.

KB2952664 and KB2976978 has caused trouble in earlier versions (see here, or here for update error 0x80242016, WU_E_UH_POSTREBOOTUNEXPECTEDSTATE). One of my sources told me, that Microsoft is experimenting with compattelrunner.exe and speculates, that there are problems. Here somebody wrotes about high CPU load caused by compattelrunner.exe. But we don't know the reason that caused Microsoft's today withdrawal of both updates.