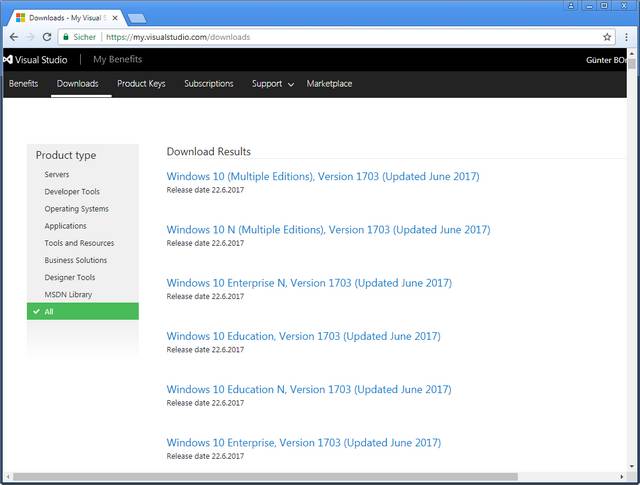 The new ISOs comes with integrated cumulative updates from May and June 2017.

Microsoft has also released the ISO ESD install media for Windows 10 Creators Update (Version 1703) as June 2017 refresh. @rgadguard has confirmed within a tweet, that a new build has been added: 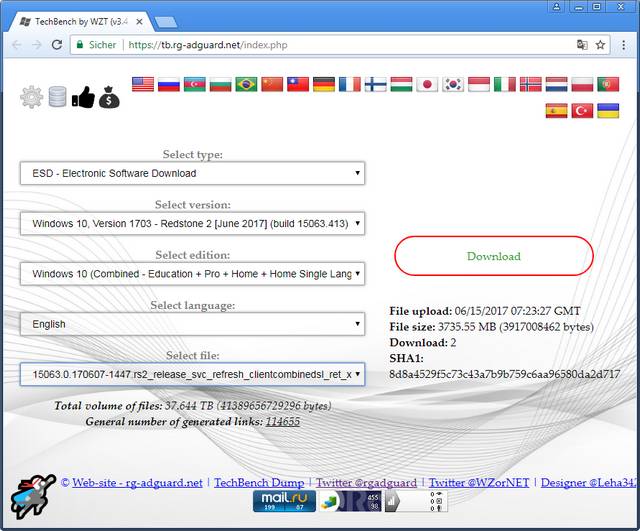 Use this adguard site, to select the appropriate build. Adguard will point you to official Microsoft download links obtained from MS servers. (via)

This entry was posted in Windows and tagged ISO, media refresh, Version 1703, Windows 10. Bookmark the permalink.