[German]Microsoft has released cumulative update KB4041676 for Windows 10 Creators Update (Version 1703) on October 10, 2017. Since then there are reports about install issues (install hangs, roll back, inaccessible boot device). Here is an overview. [Addendum: Microsoft has confirmed this issue.]

But some users are facing install issues

Hours after releasing update KB4041676 I received a user comment within my German blog:

Update KB4041676 for Windows 10 Version 1703 ended on my HP laptop after restarting with the error message that the update could not be installed. And the system has been rolled back. I had this a few months ago. Let's see if it is sufficient to restart the update after a few days of waiting time.

I testet the update install on a virtual machine on a 32 bit Windows 10 V1703 without any issue.

A hit at reddit.com

At reddit. com there is this thread, but it's not very useful in terms of details. Users are reporting very long download and installations periods, but not detailing the Windows 10 version nor the KB number. That makes the statements rather useless. Some information that is relevant to me: A user complains that the store continues to make a mistake when he wants to install an app.

However, a special constellation of the user may exist, which does not fix the update. I will keep an eye on that thread..

But till now, I haven't seen further details to fix this issue. Within this English MS answers forum post the update hangs at 23 %:

But the user mentioned Norton, so I suppose his third party antivirus solution block the download/install.

Within this short article some cases are mentioned, where the update installation has been slow (4 hours), the download freezes and so on. The article mentions also users with install rollback. I found also this forum thread, where users reporting slow downloads and hanging downloads (hangs at 0%, stops for long time at 3%, 18%, 25% and 66%).

In this forum thread some users reporting the installation fails and will be rolled back. That has also been the case with a manual download of the package and an attempt to install the package manually from disk.

What can a user do?

If the download seems to hang, please be patient. It may take many hours until the update is downloaded and installed. If a download and install error is reported, try the following steps. 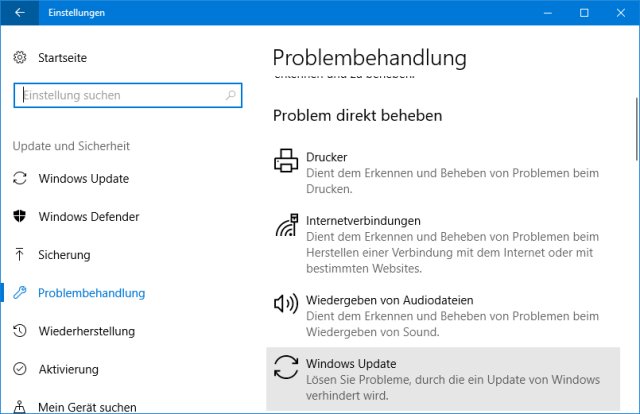 Some users are facing the the error that Windows 10 version 1703 does not boot anymore after the update installation and throws an' Inaccessible Boot Device' (error 0x0000007B) Blue Screen. 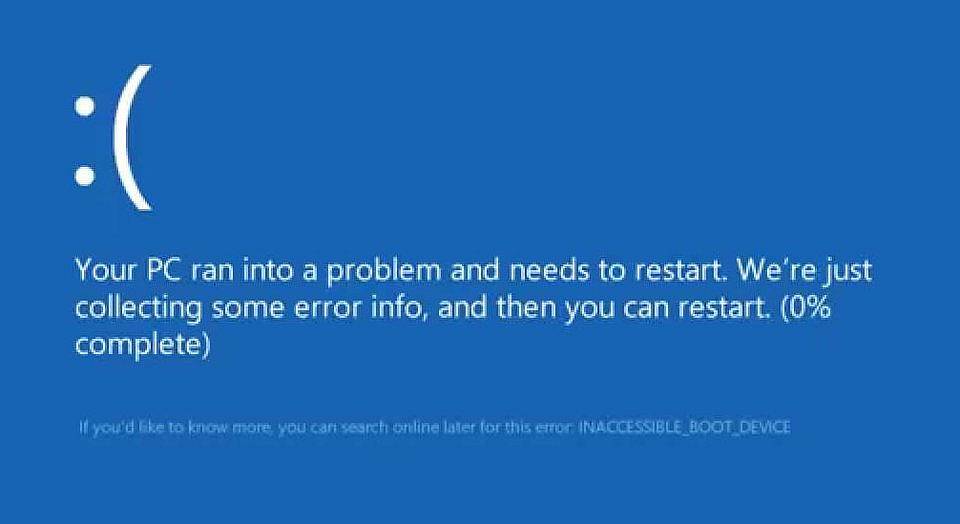 This is the case, if the boot process can't access BCD store. Some German blog readers reported this issue here. Microsoft has documented error 0x0000007B here and gives some tips to fix it. Also this Technet blog post deals with this topic. In case, Windows 10 won't boot after update install, try to reboot into Windows Repair environment (Windows RE) and do a system restore. Then block the updates to be reinstalled again (see How to block Windows 10 updates).

Fix: MVP Didier Van Hoye has here a detailled how to, to fix a non booting Windows 10 using Windows PE. A collection of several solutions may be found here and a discussion about the issue may be found within this MS Answers forum thread.

Addendum: There has been a Technet forum thread that revealed details about the scenario this issues happens. But the thread has been deleted a few minutes after post. I've catched the text within this German comment. Microsoft has released this document a while ago, saying the enroling delta and cumulative updates at the same month in WSUS isn't supported.

You will see both Delta and Cumulative updates like below:

If you approve and deploy the same version of the Delta and Cumulative update, you will not only generate additional network traffic since both will be downloaded to the PC, but you may not be able to reboot your computer to Windows after restart.

If both Delta and Cumulative updates are inadvertently installed and your computer is no longer booting, you can recover with the following steps:

Open the text file where you piped get-packages. If you see any install pending patches, run remove-package for each package name:

If it doesn't work, remove all other pending packages.

Don't know, if this gives the right clue or not. But there is a Microsoft article dealing with this scenario in WSUS environments. At the discussion thread within the neowin.net article, linked below, some user noted at my comment, that the delta update collision should be fixed from Microsoft. In WSUS/SCCM environment, no more delta updates shall be visible – otherwise try to re-sync WSUS. Here is a statement, some premium customers has received:

Note that the issue is NOT with the Cumulative Update.

Root Cause: The Windows 10 Delta & Cumulative Updates were both published to WSUS & SCCM which is a situation that should not happen.

Customers should re-synchronise their WSUS / SCCM server and the Delta Updates Binaries will be expired.

There is no issue with the Windows 10 or 2016 Cumulative but only an issue when both the Cumulative and Delta are installed on a machine together. Since Delta Updates are never available to Windows or Microsoft Update, this could not have affected Consumer scenarios.

Please go ahead and deploy the Windows 10 & Server 2016 Cumulative and Security Only Updates.

Addendum 2: There is also an article with discussion at neowin.net, where the same scenario at SCCM environments has been mentioned. And I forgot, that the KB description of this update mentioned, that an active USB Type-C Connector System Software Interface (UCSI) may causes blue screens. But Microsoft hasn't revealed details which kind of BSOD is raised.

And there is a reddit.com thread with the thread startet posted a fix. But from I got as feedback from my German blog readers, if the issue occurs within a WSUS/SCCM environment, the dism /remove command won't work and fails with an error code.

I've seen this thread at German Win-10 forum, where the thread starter reports error 0x80073701 during update install. Just bee brief: Error 0x0x80073701 stands for Missing Assembly, that means, something in WinSxS is broken and has nothing to do with a broken update. I've covered this error within my German blog post Win 7 SP1-Fehler 0x80073701 (Assembly Missing) an English machine translation is available. Perhaps it helps.