Just a short note: There has been for a few hours a cumulative update KB9999786 been available at Microsoft Update Catalog and for WSUS. But now it has been pulled.

There are a few mentions of update KB9999786 within the Internet (see here and here). According to the following screenshot, this update was for Windows 10 Version 1709. 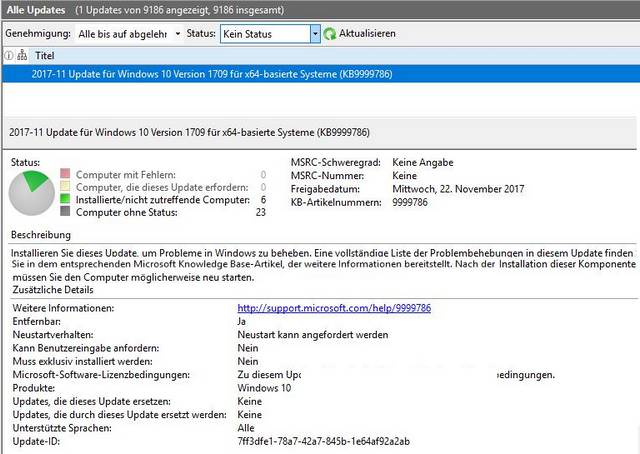 But the update has been pulled after a few hours. According to this Technet forum post, update KB9999786 was accidently published as a test package to WSUS/Catalog. This package has been removed from WSUS/Catalog. According to askwoody.com this update could have something to do with the Epson dot matrix printing bug. Users who has downloade this package or still find it on WSUS should remove this update.