[German]Currently, there are growing indications that we could experience side channel attacks on computer systems using Meltdown and Spectre vulnerabilities in the near future.

More and more samples in circulation 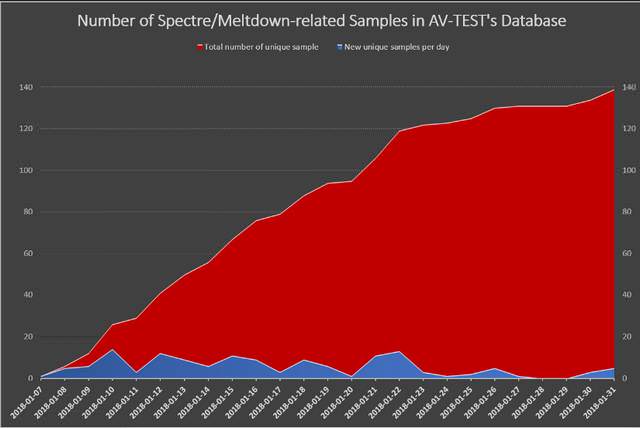 Researchers at AV-TEST have discovered 139 suspicious file samples associated with the above mentioned CPU vulnerabilities. You can find this article in Fortinet's blog. The danger that a functioning attack will soon take place is growing. Details can be found at Bleeping Computer.

The Bleeping Computer article indicates, that not all malware samples has been uploaded to Virustotal. And many samples are related to security researchers. But Antivirus vendors seems to have begun, to add know code patters to their signature files. Windows Defender quarantines tools, that are using strings like "Squeamish Ossifrage" or "malicious_x = %p". German site heise.de reported that within the article Microsoft stuft das PoC-Programm zu Spectre als bösartig ein [Google Translate version].