[German]March 2018 is ending fast, and we are just in front of April fools jokes. Time to take another look at the figures. What does Windows 10 in terms of market share and version fragmentation look like? Has Windows 10 now overtaken Windows 7 and what does macOS do?

The AdDuplex network monitors the distribution of the individual Windows 10 versions and issues a monthly report. The March 2018 report shows that Windows 10 Fall Creators Update (version 1709) is already running on 9 out of 10 Windows 10 PCs. 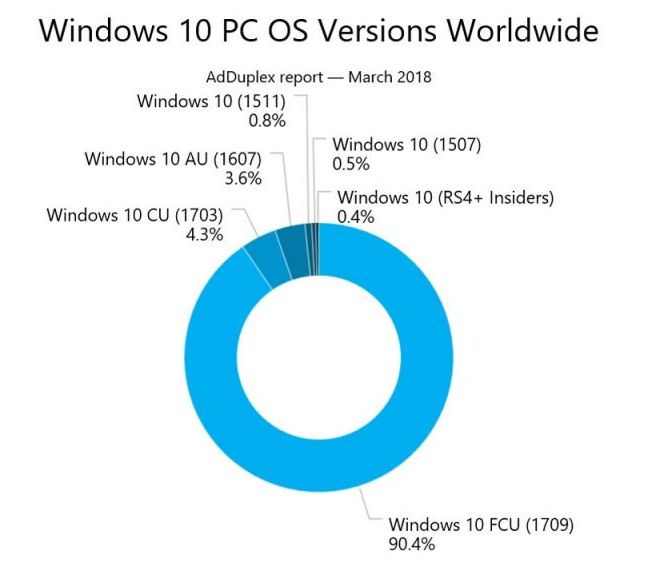 The remaining (older) Windows 10 versions no longer have a significant share. Here I have to pay respect to Microsoft, a real fragmentation has probably been avoided. However, the company is also making every effort to upgrade the last PC to the latest build. Paul Thurrot have taken a closer look at the AdDuplex report and interpret further figures such as the shares of Windows 10 devices according to OEM etc. The report on Thurrot.com is available here.

The figures for the following chart come has been obtained from NetMarketShare.com and are as follows: Windows 7 will reach 41.61% by the end of February 2018, followed by Windows 10 with 34.06%. 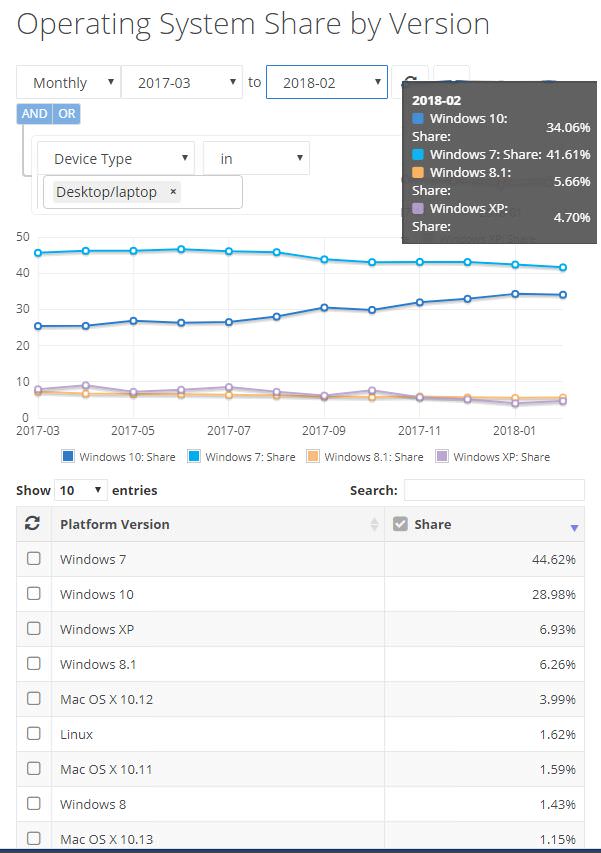 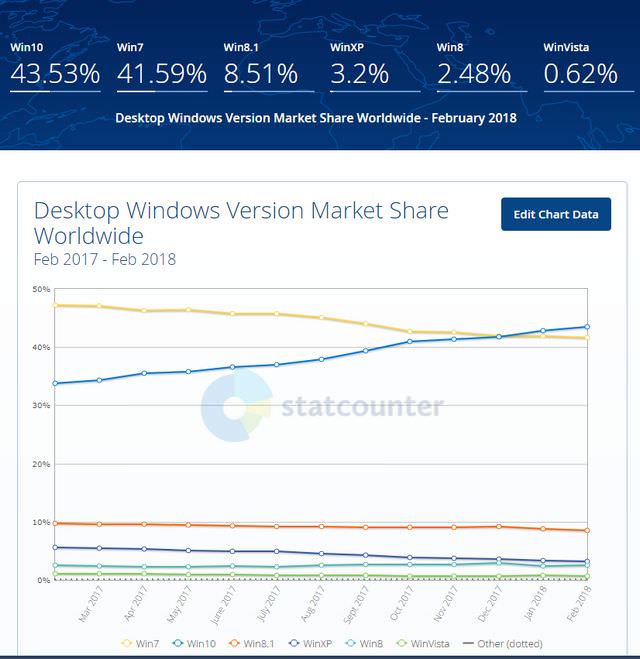 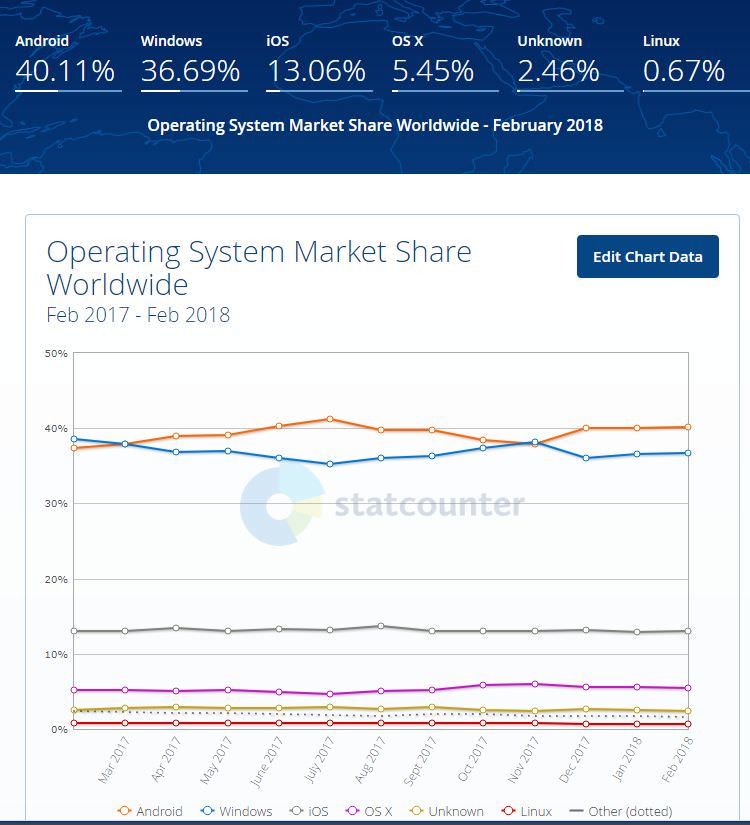 More interesting in my opinion is the above graphic from statcounter.com for the operating system share at the end of February 2018, where Android with 40.11% is ahead of Windows with 36.69%, iOS with 13.06, macOS with 5.45 and Linux with 0.65%. So Windows desktop systems are fading away as primary computing device.

Windows 7 user base is shrinking

A MS Power User article pointed me to this article, where Microsoft has publihed the Windows and Microsoft Store trends till February 2018. 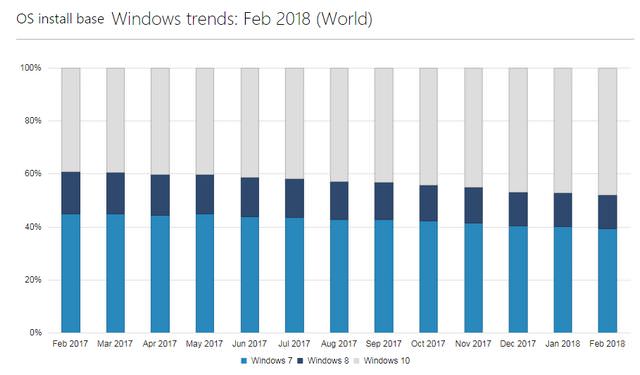 For February 2018, the graph above shows a market share of 48% for Windows 10 and 39% for Windows 7. Windows 8 is displayed with 13 %. Since the numbers are from Microsoft, they should be accurate. But the people didn’t show what was exciting: All bars have been scaled to 100%, so you can’t tell if Windows’ share of the desktop operating system market is rising or falling. The figures differ from what Netmarketshare and Statcounter show.

At MS Power User they started to calculate. If Windows 10 accounted for 45% (Nov 2017) and Microsoft names 600 million active Windows 10 users, then claims the Windows user base at 1.33 billion, which is a decrease compared to the 1.5 billion already mentioned by Microsoft.