Windows 10 is broken! At least if you look at the whistles and bells, Microsoft's developers have added to the update process (see my article Windows 10 Reliability Update KB4023057 (8.2.2018) and this comment). Beside Windows Update there are other task scheduling mechanisms that are designed to ensure that an update, disabled by a user can still be flushed onto the machine. Here's the 'next innovation' from this category.

This update includes a background service to facilitate Windows Update service on devices running Home or Pro editions of Windows 10 Versions 1507, 1511, 1607, and 1703.

This means: Since Windows 10 Version 1709 (Fall Creators Update) this service or feature is already a board. KB article for Update KB4056254 says:

This update includes files and resources to address issues affecting background update processes in the Windows Update servicing stack. Maintaining Window Update service health and performance helps ensure that quality updates are installed seamlessly on your device and help to improve the reliability and security of devices running Windows 10.

That makes me wonder, what Microsoft has in stock. Because the explanation above is a bit 'windy' (see below).

These machines get the update

Microsoft writes that only certain builds of Windows 10 versions 1507, 1511, 1607 and 1703 require this update. These are systems on which these builds run on home or pro editions. These devices may not belong to a Windows domain. In other words, it affects the home users and users who run Windows 10 Pro in smaller installations. These systems receive the update automatically via Windows Update downloaded and installed.

Microsoft says: Devices not connected to Windows Update may see a User Account Control (UAC) prompt during installation. Microsoft published the two dialog boxes shown above on their KB article. The left dialog box is always displayed. If something like that appeared on my desktop, I would immediately think of a virus.

It doesn't make sense at all …

In a business environment with domains, this update is not (yet) used, Microsoft probably doesn't dare to do that. In best case we may assume, that Microsoft's developers try to improve the reliability of old systems that somehow have update problems. But looking under the hood, this update and Microsoft's explanation doesn't makes sense to me. Thinking about that thing, i stumbled upon the following things that contradict each other. 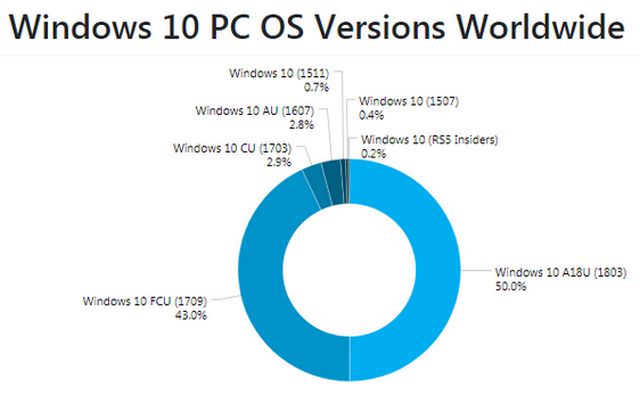 If I consider that this update is not applied to the Enterprise versions running in business environments, possibly in the LTSC, but only on Windows 10 Home and Pro systems running in private and small businesses (without domains), an assumption is made. It seems to me as an attempt, to use home and small business users as a guinea pigs, to test how for force install of reliability updates, before it will be rolled out to business environments. What's your opinion?

Addendum: At askwoody.com, an anonymous commentator points out that the description matches the  KB4023057 update. This update is a 'Zombie' which was rolled out in February and was re-released in March 2018. I wrote something about the 'whistles and bells' within my blog post Windows 10 reliability update KB4023057 (02/08/2018). Apparently Microsoft is still optimizing something after every release of this update.