[German]The upcoming Windows 10 build (expected to be released this fall) is and currently be developed under the code name ‘Redstone 5’ . So far it is known that this Windows 10 will be version 1809. Now also the official name for this new version has been announced from Microsoft.

The International Consumer Electronics Fair IFA 2018 is currently taking place in Berlin. Microsoft is also represented there. Nick Parker from Microsoft has now announced the official name for the upcoming Windows 10 build as part of his keynote at IFA 2018. Big surprise, or not, the new version will be called ‘Windows 10 October 2018 Update’ (but had been speculated longer than name, e.g. here). 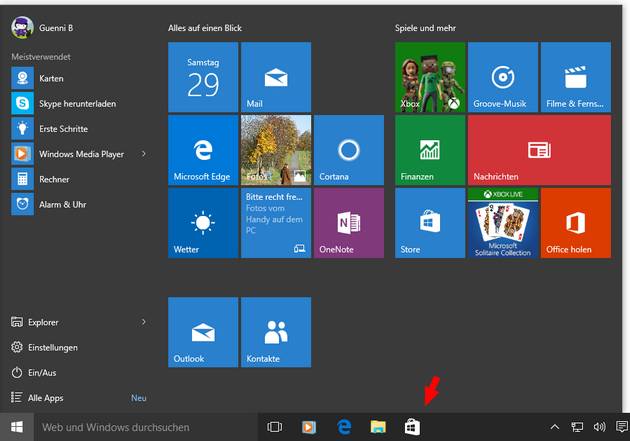 I’m pleased to announce that our next feature update to Windows will be called the Windows 10 October 2018 Update. With this update, we’ll be bringing new features and enhancements to the nearly 700 million devices running Windows 10 that help people make the most of their time. We’ll share more details about the update over the coming weeks

However, I need to confess, whenever in forums or blog post the name ‘Windows 10 April 2018 Update’ is used, I get a twitch. Because in the first moment the thought ‘which cumulative update from April 2018 is meant’ comes to my mind. And then do I remember: Okay, it means Windows 10 V1803.

All in all I would be much happier with names like Windows 10 V1803, V1809 etc.. You know immediately which version it means. Also Microsoft uses exactly this nomenclature within it kb articles describing monthly updates.

By the way: Microsoft has not revealed exactly when this new Windows 10 will be released. Probably in October 2018 – an escrow build for this release date does not seem to exist in development yet.

This raises questions about the reliability of Microsoft’s figures. There could be several scenarios that explains that.

Mary Foley speculates at ZDNet, that Microsoft holds back better figures for a bigger event (Ignite IT Pro conference end of September 2018). But I just say: What, if the figure of 700 million Windows 10 active user is true? Don’t know how many visitors populates the ‘panic room’ in Microsoft’s head quarter.

This entry was posted in Windows and tagged Windows 10 V1809. Bookmark the permalink.